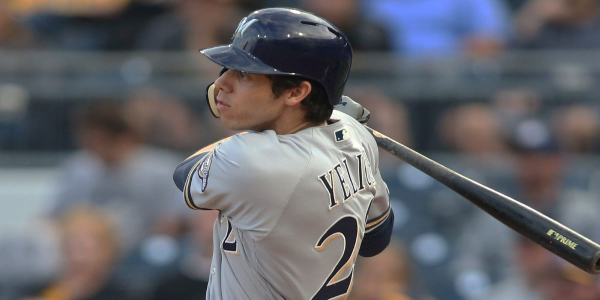 While four teams get the Major League Baseball season started Thursday, Friday features a full docket of games as the rest of the league gets underway. Excitement will be high as baseball is finally back in a shortened season.

One game on Friday is an NL Central rivalry as the Milwaukee Brewers travel to Wrigley Field to take on the Chicago Cubs. First pitch is scheduled for 7:10 pm ET.

Both of these teams will look to get out to a quick start as the NL Central should be very competitive this season. Most teams, with possibly the exception of the Pirates, might be able to make a legitimate claim to the division title. For Friday’s game, the Brewers will be sending out right Brandon Woodruff to the mound to square off with the Cubs’ Kyle Hendricks.

After an offseason where the Brewers lost more talent than they gained on paper, many have written them off as non-contenders in the NL Central this year. With the likes of Christian Yelich in their lineup, though, I think they can still be a very tough team to beat.

Cubs Looking To Not Waste Their Window

The Chicago Cubs certainly have the core of position players that could win a championship, but with some of those players becoming increasingly expensive, their window could be closing.

On the mound Friday will be right-hander Kyle Hendricks. Last season, Hendricks was 11-10 with a 3.46 ERA, 1.13 WHIP and struck out 150 in 177 innings pitched. While the offense could be potent, the Cubs need their pitching staff to step up for them to have a successful season this year.

Taking The Brewers On Opening Day

Unlike any other day, it always seems that on Opening Day, you can expect the unexpected. With a shortened spring training 2.0, that message probably only intensifies. While I do like the Cubs this season, many seem to have forgotten how successful the Brewers have been lately.

While the Brewers did suffer some significant losses over the offseason, like losing Yasmani Grandal at catcher, they still have one of the best players in the game in Christian Yelich and one of the best bullpens, led by southpaw Josh Hader.

With all of that in mind, I think the Brewers can still be a tough team to beat, and, with that, I am taking them at +114 in this one. If betting the spread, I also like them getting 1.5 runs, but the value isn’t quite as nice at -186.