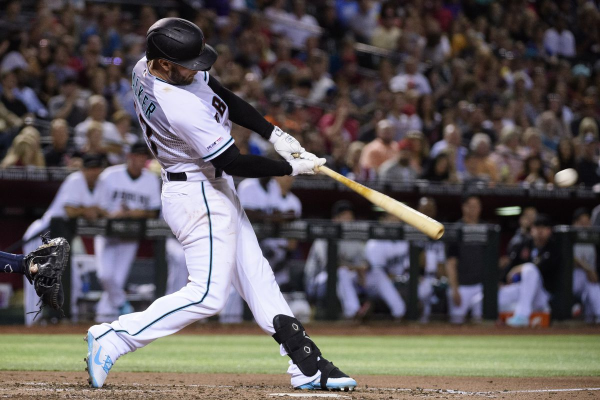 Saturday night features a matchup of teams battling to earn a postseason spot when the Milwaukee Brewers (51-48) take on the Arizona Diamondbacks (50-48) at Chase Field. This is the third of a four-game set, with each team taking one of the first two. Coming into play, the Brewers find themselves a half-game behind the Philadelphia Phillies and St. Louis Cardinals for the second Wild Card spot.

For the Diamondbacks, they are the next team up as they sit one game behind the Phillies and Cardinals. The pitching matchup for Saturday’s game features Gio Gonzalez (2-1, 3.19 ERA) taking the mound for the Brewers against the Diamondback’s Zack Greinke (10-4, 2.95 ERA). First pitch for this contest is scheduled for 8:10 pm ET.

The moneyline for this one comes in at the Milwaukee Brewers +123 and the Arizona Diamondbacks -133. The over/under for total runs scored is 9.

As we approach the end of July, the Milwaukee Brewers find themselves right in the middle of two postseason races. In the NL Central, they currently sit in third, only three games behind the first-place Cubs. As previously mentioned, they sit a half-game back for the second Wild Card. With that in mind, every win is important, and Gio Gonzalez will try to add another to the win column Saturday.

On the season, Gonzalez is 2-1 with a 3.19 ERA, 1.19 WHIP and opponents are hitting .246 against him in six starts. The reason for the limited number of starts is that he has been on the injured list since the end of May, meaning it may be questionable how deep of a pitch count he can go.

On the offensive side, you have to start with Christian Yelich. He has been dominant this season and may be repeating his MVP efforts of last year. Thus far, he is hitting .330/.429/.709 with 34 home runs, 73 runs batted in and 72 runs scored. He has also added 23 stolen bases for good measure.

He has also fared well against Zack Greinke in his career, hitting .353 in 17 plate appearances. Another Brewer to have success against Greinke is Yasmani Grandal, who is hitting .257 in 35 at-bats with two home runs and three runs batted in.

Arizona Deciding Whether To Contend Or Sell

It is never easy being a general manager, and that holds true in Arizona too. They are currently evaluating their ability to contend long-term this season, and there is speculation that names like Robbie Ray, Adam Jones, and David Peralta could be available in trade deals. For now, though, they are looking for wins and will turn to veteran Zack Greinke to provide one on Saturday.

Offensively, the Diamondbacks don’t necessarily have an MVP candidate like Yelich, but they certainly have stars in Ketel Marte and Eduardo Escobar. On the season, Marte is hitting .315/.367/.568 with 21 home runs, 58 runs batted in and 61 runs scored.

For Escobar, he is hitting .290/.343/.543 with 21 home runs, 75 runs batted in and 61 runs scored. Throw in names like David Peralta, Christian Walker, and Adam Jones, and they certainly have a formidable lineup.

For me, this one comes down to the pitching. While Greinke was roughed up for five runs in his last start against the Cardinals, he has won two of his last three games and has pitched to a 2.25 ERA over that span, showing just how dominant he was in the other two games. Plus, with Gonzalez coming off of a long stint on the injured list, you never know what type of game you will get out of him. The Brewers have the offense and bullpen to make it a game, but I think that Greinke will outpitch Gonzalez in this one. For my money, I am taking the Diamondbacks at -133.