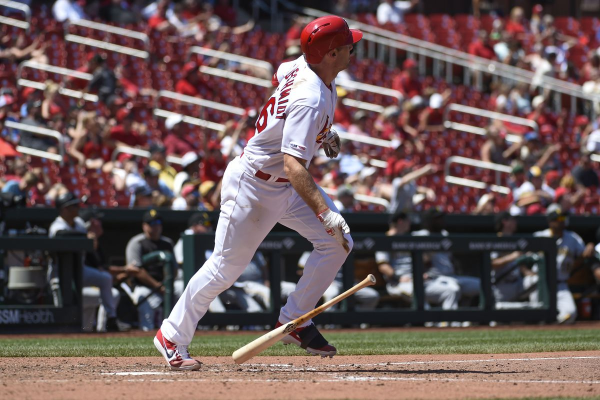 A pair of old National League Central rivals will meet up this weekend in St. Louis for what should be a terrific series. The St. Louis Cardinals come into this series playing their best baseball of the season and will need to keep that up against the mighty Houston Astros. These two teams have had some unforgettable series and moments in the last few decades, and it will be fun to see them square off again in 2019. This could be a potential World Series preview if both teams continue to play terrific baseball.

The Houston Astros have won seven of their last eight games and are running away with the American League West Division. Houston has improved its record to 66-38 on the season and now has a commanding 7.5-game lead over the Oakland Athletics. St. Louis has won eight of its last nine games and has been climbing up the standings. The Cardinals are now 55-47 on the season and are in a first-place tie with the Chicago Cubs in the National League Central Division.

The Houston Astros are -115 over the St. Louis Cardinals in the series opener on Friday night.

Goldschmidt Getting Hot For Cardinals

The St. Louis Cardinals have been waiting for Paul Goldschmidt to get hot all season long, and the former All-Star first baseman is heating up at the right time. Goldschmidt has hit a home run in each of his last four games and now has 22 long balls this season. All-Star shortstop Paul DeJong recently had a three-homer game and has blasted 18 home runs and driven in 50 runs this season. St. Louis has a nice collection of young talent and proven veterans, and they have been scoring runs like crazy of late.

Starting pitching is one area where the Cardinals desperately need to improve in the last few months of the season. Young right-hander Jack Flaherty will be on the mound in the series opener, and he has a ton of talent. The 23-year-old Flaherty hasn’t won a game since the middle of May and has been pitching poorly of late. Flaherty is just 4-6 with a 4.24 earned run average this season and will be facing a great lineup on Friday night.

The Houston Astros are starting to get healthy again, and they look like the 2017 World Series champion team again. Third baseman Alex Bregman has been the best hitter for Houston this season, but he has gotten plenty of help. Bregman leads the team with 26 home runs and a solid .392 on-base percentage. Leftfielder Michael Brantley is having a monster season for the Astros and leads the team with a .326 batting average. Houston can score runs in bunches.

The Astros will be sending a rookie right-hander to the mound on Friday night, and he needs to pitch better if he is going to stick around. Jose Urquidy has made just three starts this season, but his last one was a dandy. Urquidy went seven innings while allowing just one run against the Texas Rangers, but he will have his hands full in this game. Houston will have a well-rested bullpen in this game, and their bullpen has been a weapon this season.

The St. Louis Cardinals have been feasting on weaker opponents of late, but they will have to step up their game against the Astros. Houston has been playing better and better all season, and they are a great road team. This should be a terrific series, but the Astros are going to win the series opener on Friday night. Bet the Houston Astros -115 over the St. Louis Cardinals.