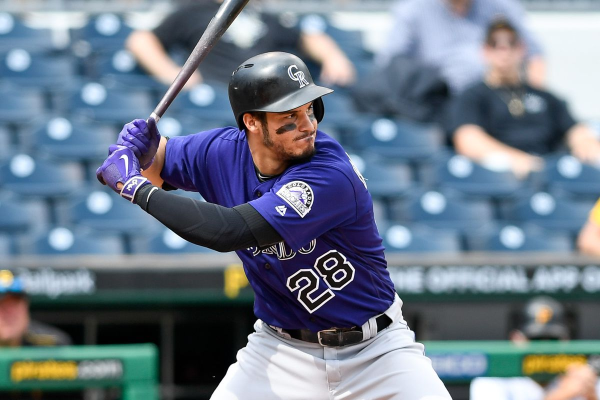 It will be a battle of NL West versus NL East on Saturday as the Colorado Rockies (32-29) take on the New York Mets (30-32) at Citi Field. Despite having a better record, the Rockies technically sit in a worse position in their respective division. In the NL West, the Rockies are in second but sit a whopping 10 games behind the Los Angeles Dodgers, while the Mets sit in third in the NL East, but sit only five games behind the Phillies.

This will be the second of a three-game series. In the opener, the Rockies won 5-1, beating the Mets’ ace Jacob deGrom. It will be interesting to see if tensions boil over to Saturday as the benches cleared temporarily after Ian Demond was hit following home runs by David Dahl and Daniel Murphy in the 8th inning. Saturday’s matchup will feature Jon Gray (5-4, 4.11 ERA) of the Rockies squaring off against the Mets’ Steven Matz (4-4, 3.97 ERA). First pitch is scheduled for 7:15 pm ET.

The moneyline for this one features the Colorado Rockies at +101 and the New York Mets -111. The over/under for runs scored is set at 8.

Offensively, the Rockies have certainly been the more productive team this season. They currently rank fourth in runs scored at 5.43 per game (4.58 on the road). For the Mets, they drop down to 19th, averaging 4.63 per game (5.19 at home).

While the division is slowly creeping out of reach, the Rockies still know they are very much alive in the wild-card race and will look to pick up another win on Saturday behind right-hander Jon Gray. On the season, Gray is 5-4 with a 4.11 ERA, 1.29 WHIP and opponents are hitting .248 against him. In 72.1 innings, Gray has allowed 65 hits, 33 earned runs, 11 home runs and has struck out 75 versus 28 walks. In his last outing, a 4-2 win over the Blue Jays, Gray pitched 6 2/3 innings of scoreless ball, allowing two hits, three walks and striking out seven. He will look to build on that Saturday.

Mets Trying To Bounce Back

After the Mets’ offense couldn’t get anything going to support Jacob deGrom on Friday, they will look to bounce back against Gray on Saturday. Unfortunately for the Mets, most players either haven’t seen Gray before or have struggled against him (albeit in limited at-bats). Still, one player who hasn’t struggled this year is Peter Alonso. On the season, he is hitting .260/.339/.595 with 20 home runs, 45 runs batted in and 36 runs scored. In fact, he leads the Mets in all three of those last categories. The only other player with double-digit home runs for the Mets is Michael Conforto, who has 12.

On the pitching side, Steven Matz will be taking the bump for the Mets. On the season, he is 4-4 with a 3.97 ERA, 1.38 WHIP and opponents are hitting .268 against him. In 84 innings, he has allowed 78 hits, 43 earned runs, 11 home runs and has struck out 93 versus 25 walks. As mentioned earlier, though, he has struggled against some of the bats for the Rockies in the past, so New York will hope he can turn in a solid outing on Saturday.

For me, it is a toss-up between Gray and Matz in terms of who has the better pitching matchup. Both have been good but not great this season. With that in mind, I have to look at the offenses in this one, and the Rockies are clearly stronger, especially after getting Charlie Blackmon back. Throw on top of that the fact that in their careers, there are six Rockies hitters hitting .333 or better against Matz, and I like that matchup for the Rockies a whole lot better. Granted, some of that may be inflated by games played at Coors Field, but I am still taking the Rockies in this one, especially as underdogs at +101.