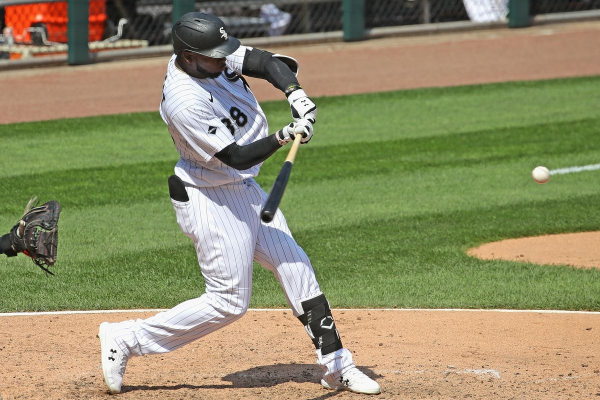 Sunday night baseball features a good one this week as two AL Central rivals will square off. The Cleveland Indians (9-7) travel to Guaranteed Rate Field to take on the Chicago White Sox (8-7).

The AL Central has had a strong showing this season as four of the five teams are over .500. The Indians (third place) and White Sox (fourth) look to take one step closer to catching the Twins with a win Sunday. First pitch is scheduled for 7:08 pm ET.

This will be the last of a three-game set. The White Sox took the first one 2-0 behind a strong outing from Dylan Cease on Friday. Cleveland followed on Saturday with an offensive explosion as the Indians won 7-1.

In that game, the Indians hit three home runs to back up pitcher Zach Plesac’s solid start. Both teams will be looking to take the rubber game on Sunday.

The pitching matchup for Sunday’s game should be a good one. The Indians will be sending righty Shane Bieber (3-0, 0.83 ERA) to the hill to take on the White Sox starter, Lucas Giolito (1-1, 5.17 ERA).

According to FanDuel, the Indians come in as the favorite, despite playing on the road, with a moneyline of -130. The moneyline for the White Sox sits at +114.

The over/under on runs scored is set at 7.5.

Defensively, it is a very different story thanks to a phenomenal Indians starting pitching staff. They currently lead the majors in opponents’ runs per game as they are allowing an average of just 2.13.

The White Sox, on the other hand, come in 13th, allowing an average of 4.29 runs per game.

Indians Looking For More From Bieber

During the preseason, many predicted that Shane Bieber could make a run at an AL Cy Young award, and he has absolutely lived up to the expectation early in the season. In three games, Bieber is a perfect 3-0 with a 0.83 ERA, 0.69 WHIP, and has struck out 35 (versus only three walks) in 21 2/3 innings.

Through three starts, he is third on the all-time list of strikeouts with his 35 (behind only Nolan Ryan and Gerrit Cole). The White Sox have a tall task in front of them.

Offensively is where the Indians have struggled, but some of their stars have done alright thus far. Jose Ramirez is currently hitting .279/.362/.541 with four home runs, 11 runs batted in and 11 runs scored. In 14 at-bats against Lucas Giolioto, Ramirez has hit .286 with a home run.

Shortstop Francisco Lindor has hit a little more disappointingly at .234/.279/.422 but has three home runs and nine runs batted in.

Being the Sunday Night game on ESPN, Chicago’s youngsters will have the opportunity to show the nation what they have. One of those youngsters, center fielder Luis Robert, has had a scorching start.

On the mound for the White Sox will be Lucas Giolito. While his ERA does not look great, it is really the product of one tough outing. His last two starts have gone much better.

His second start of the season came against the Indians, where he went six innings, allowing four hits and no runs, and struck out six. He will look to replicate that on Sunday.

Taking The Indians Straight Up

With that being said, I have a hard time betting against Bieber with the way he is pitching right now. You never know, the youth of the White Sox may help them be not intimidated and embrace the spotlight of the national game, but Bieber is still going to be a tough task. For that reason, I am taking the Indians on the moneyline at -130.

Tonight, two pitchers whose records could use a little polishing match up as the St. Louis Cardinals welcome the Miami Marlins to Busch Stadium to open a three-game series. Cardinals hurler Adam Wainwright has not picked up a win since May 20, while Pablo Lopez’s win in his most recent start last week was his END_OF_DOCUMENT_TOKEN_TO_BE_REPLACED