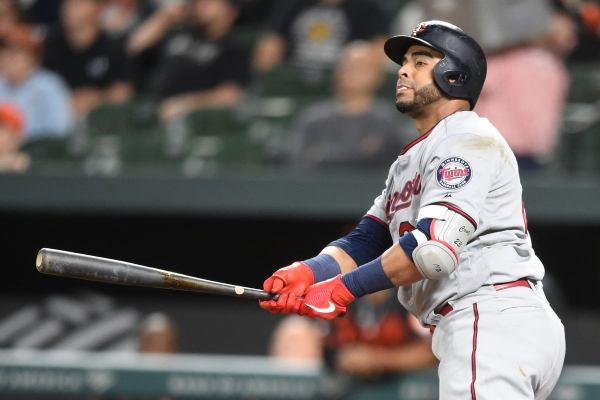 Thursday night features a matchup of postseason contenders as the Oakland Athletics (55-41) travel to Target Field to take on the Minnesota Twins (58-36) in the opener of a four-game series. Oakland has been scorching hot lately. They are 8-2 in their last 10 games and have won six in a row. They have pulled within 4.5 games of the Houston Astros in the American League West and are tied for the second Wild Card spot.

For the Twins, it has been just the opposite. They have lost three games in a row and have quickly allowed the Indians to make the AL Central a race again. The pitching matchup for this one features Mike Fiers (9-3, 3.61 ERA) going for the A’s against the Twins’ Kyle Gibson (8-4, 4.03 ERA). First pitch for this one is scheduled for 8:10 pm ET.

The moneyline for this one comes in at the Oakland A’s +129 and the Minnesota Twins -139. The over/under for total runs scored is 10.5.

As one of the hottest teams in baseball, Oakland would love to keep it going as they start their series against the Minnesota Twins. On the mound for the A’s will be righty Mike Fiers. On the season, Fiers is 9-3 in 20 starts with a 3.61 ERA, 1.11 WHIP and opponents are hitting just .227 against him.

In 114 2/3 innings, Fiers has allowed 96 hits, 46 earned runs, 15 home runs and has struck out 74 while walking 31. In his last start, a 5-1 win over the White Sox, he went 7 2/3 strong shutout innings, allowing eight hits and one walk while striking out four. He will look to keep that going against the Twins on Thursday.

On the offensive side, Ramon Laureano has been one of the hottest A’s hitters over the last month. In that time, he is hitting .325/.387/.750 with nine home runs, 21 runs batted in, 21 runs scored and four stolen bases. He has also had success against Gibson, going 4 for 5 with a home run and three runs batted in during his career. Matt Olson (3 for 6, one home run), Robbie Grossman (2 for 6) and Marcus Semien (2 for 8) have also had some success against the righty.

Twins Look To Stop The Bleeding

The Minnesota Twins are no longer feeling very comfortable with their division lead. With it shrinking to just four games and the Indians playing well, the Twins know that they need to put some wins together. Trying to start that on Thursday will be righty Kyle Gibson. On the season, Gibson is 8-4 in 18 starts with a 4.03 ERA, 1.26 WHIP and opponents are hitting .251 against him.

In 98 1/3 innings, Gibson has allowed 95 hits, 44 earned runs, 14 home runs and has struck out 99 versus 29 walks. In his last outing, though, he was roughed up a little bit. While he only gave up three runs (one earned), he also only went 3 2/3 innings, allowing four hits, one walk and striking out five. He will look to improve on that outing against the surging A’s.

Offensively, there have certainly been a lot of players who have had success against Mike Fiers in their careers. C.J. Cron (three home runs), Nelson Cruz (.353 in 17 at-bats with a home run), Ehire Adrianza (home run), and Miguel Sano (two home runs) have all had success. In the last 30 days, though, it has been Eddie Rosario who has had some success. In 45 at-bats, he is hitting .422/.422/.600 with a home run, nine runs batted in, and five runs scored. Also over that time, Nelson Cruz has exploded for five home runs. The Twins will hope that offense can help carry them to a win on Thursday.

This one is all about recent trends. The Oakland A’s have been one of the hottest teams in baseball while the Twins have scuffled a little bit of late, losing three in a row. Additionally, Fiers has been on fire as of late. In fact, since the end of April, he has the second-lowest ERA amongst starters in the American League.

For Gibson, he has also struggled lately, not even making it through four in his last start. Minnesota has certainly shown it is capable of winning this game, but for my money, I will take the underdog Oakland A’s with a moneyline of +129.