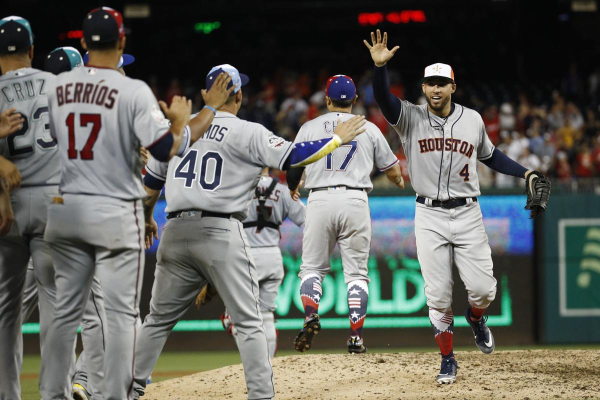 Final rosters are yet to be determined, but is there any early value?

Value is hard to come by in Major League Baseball as the seasons fluctuate, but one of the most consistent parts of the league that provides value, sometimes, always, is the Midsummer Classic, otherwise known as the MLB All-Star Game. With the recent reveal of this year’s All-Star Game starters, it’s imperative to identify whether or not there is initial value.

While the odds and the marketplace itself isn’t incredibly active until the ensuing weeks of the game itself, it’s important to identify from the rosters alone if there is any value that presents itself.

While some people don’t put much stake in the All-Star Game, it is a game that determines whether the AL or NL has home-field advantage in the World Series, so while some might see the game as more of an exhibition, it does dictate a rather important aspect of the eventual outcome of this season.

That said, degenerates like us — we can be honest about it — don’t know a contest they don’t want to bet on, especially if there is a betting value to be had.

Starters Not As Valuable

While the big-name starters that are elected to the respective All-Star rosters certainly have an impact on the game itself, the public at-large puts way too much value on an individual player, especially in these kinds of exhibitions. While the World Series certainly determines whether or not specific teams are going to go particularly hard or put their valuable players in what is, at the end of the day, an exhibition, the motivation to exhaust their best players — particularly pitchers, who are very susceptible to overuse injuries — just doesn’t exist, as many teams are too careful about protecting players. That said, while both teams certainly have solid arguments for why their team might win or lose, at the end of the day, you’re gambling on which team is going to take the game more seriously than the other.

Talent, while obviously important, is often secondary to a lot of other aspects that determine whether or not a team is going to win. Frankly, while there is a lot of value in most MLB games, betting this one based on starters alone simply has no value, aside from that, but you’re also going to see when lines are finally released upon the release of the reserve rosters this upcoming Sunday, the calculated final odds will be very, very close to pick ’em.

While some might argue that a pick-em line is actually more of an advantage for gamblers, because you’ll be able to determine the edge based on the rosters alone, the reality is that there is simply no value from this perspective alone. While a little bit of action on the game can make the outcome of it a lot more entertaining, it’s virtually impossible to determine from rosters alone whether there is value as far as sides, but you can certainly take a look at the total.

When it comes to All-Star Game totals, in the past eight seasons, the total has only reached double digits in 2018, a final score of 8-6, with the American League All-Stars taking the victory. If there is any value, there is undoubtedly value on taking the under, as aside from last season, double-digit games have been virtually non-existent in recent seasons in the All-Star Game context. For this year’s game, betting the under may have value as there is no doubt the public will be taking over given this season’s high-scoring trends.

Overall, do not go heavy on this game. Save your bankroll for a different day.