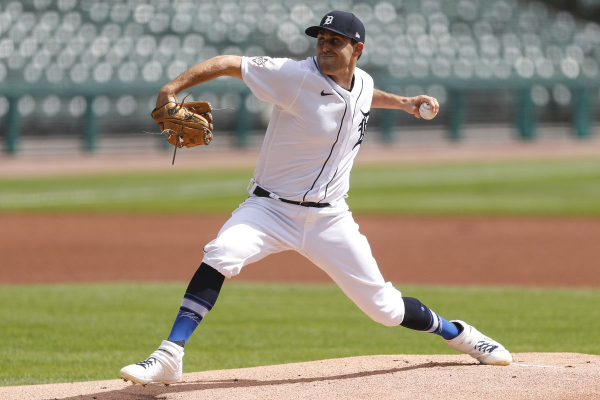 It’s the final week of the season in the Majors. Minnesota has clinched their spot in the playoffs, but there is still much to play for– as they could rise up and catch the Chicago White Sox and win the American League Central, or they could fall behind Cleveland in terms of their Wild Card seeding. For Detroit, however, there is no such drama. Though they surprised early and have been a nice little surprise for not being terrible, they are playing out the string at this point.

Kenta Maeda has been the Twins best pitcher this season, his first in the Majors outside of L.A. His overall numbers are strong, 5-1 record and a 2.52 ERA, and most importantly the team is 7-3 in his starts. Detroit was the only team to beat him so far this season, a game in which he gave up just three runs over 6 innings but didn’t get much support. His other game against Detroit was a win but he got a no decision. All in all Detroit hit him as well as any team did this season, but I am not sure that is a reason to back them here. For Detroit, Casey Mize is their top prospect. Like many rookie pitchers he is taking his lumps though. He is not pitching deep into games and his ERA is a terrible 6.08. Oddly the two starts of his that Detroit won were against Minnesota. He did not pitch especially well in either so I see no correlation there. Detroit’s lineup is bad while Minnesota is finally at full strength. That, plus the advantage on the mound makes Minnesota the easy play.

Only three of Maeda’s ten starts have gone over the total this season. A chunk of that you can contribute to his solid form and some to the fact that Minnesota was not the offensive team they were a year ago. He has pitched to six straight unders and is definitely the one bringing down this total, which I thought would be at least 9. Though fading a streak can be profitable I think we should lean into it here. I exect Maeda to be in control while the Twins will get to Mize for sure.

Tonight, two pitchers whose records could use a little polishing match up as the St. Louis Cardinals welcome the Miami Marlins to Busch Stadium to open a three-game series. Cardinals hurler Adam Wainwright has not picked up a win since May 20, while Pablo Lopez’s win in his most recent start last week was his END_OF_DOCUMENT_TOKEN_TO_BE_REPLACED