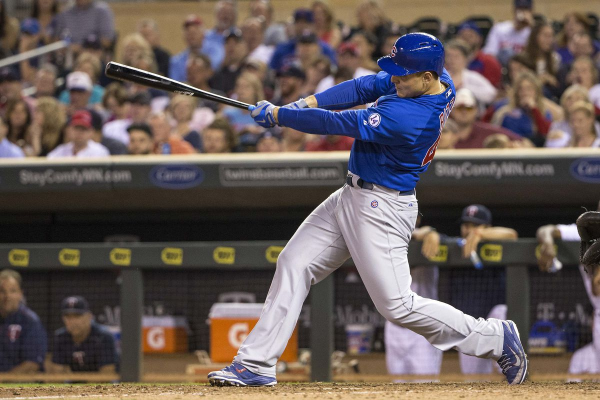 The Minnesota Twins (31-20) travel to the windy city of Chicago for a three-game weekend series against the NL Central division-leading Chicago Cubs (30-20) on Friday, September 19, 2020 at 7:15 PM Central.

Playoff implications raise the stakes in this late season showdown for both teams. The Cubs sit in first place with 10 games left in their season, and a comfortable 5 1/2 game lead on the Cincinnati Red and St. Louis Cardinals. The Twins have a record of 31-21 and are trailing the red hot Chicago White Sox by 3 games in the AL Central, with 8 left on their schedule.

The Cubs come into this series on fire, with a 7-2 record in their last 9 games. The starting pitching continues to carry the Cubs to win after win, with the offense performing a little below expectations. The Cubs pitching staff ranks 8th in the MLB with a 3.98 ERA, 2nd in the quality starts at 26, 6th in WHIP at 1.22, and 7th in opponent batting average at .231. With Kyle Hendricks on the mound, look for this streak to continue against the struggling Twins offense.

The Cubs offensive woes continue to keep this team from their full potential. The Cubs sit at 23rd in the MLB in batting average at .230. They are a below average offense and just haven’t figured out how to consistently score runs. The Cubs power has also been a problem this season, as they ranked 16th in the league with 63 homeruns. Former All Stars Anthony Rizzo (.220/.341/.405) and Kyle Shwarber (.194/.314/.406) in particular have struggled.

The Twins are 5-4 in their last 9 games, and continue to chase a playoff berth and possibly the division. Similar to the Cubs, the Twins offense has underperformed all year, taking an enormous step back from their record breaking 2019 season in which they went 101-61 and smacked 307 home runs. The Twins offense is hitting .243, ranked 18th in the MLB. The pitching staff has carried the team, with a 3.68 ERA that ranks 5th, a WHIP of 1.22 (also 5th), and an opponent batting average of .237, ranked 10th in the league. The Twins bats may be average, but their home run power is still evident. The Twins rank 6th in the MLB in homeruns with 81.

This matchup has the making of a pitcher’s duel, with two good starters against some struggling hitters. Hendricks and Hill are two great low contact pitchers that can get in rhythm. Due to the inconsistency of the Chicago and Minnesota bats and the pitchers on the mound, the under is a great play here.

Another factor to keep in mind for your betting plays in this matchup is the weather at Wrigley Field. It’s a very cool and windy fall Chicago day, depending on the direction of the wind at game time, it could effect balls flying out or staying in the ballpark.

Expect both teams to bring their A game with the end of the season looming. Neither team has clinched a playoff berth, and both are in play to win their respective divisions and make the playoffs. It will be a tight race to the end of the season, beginning with this series.