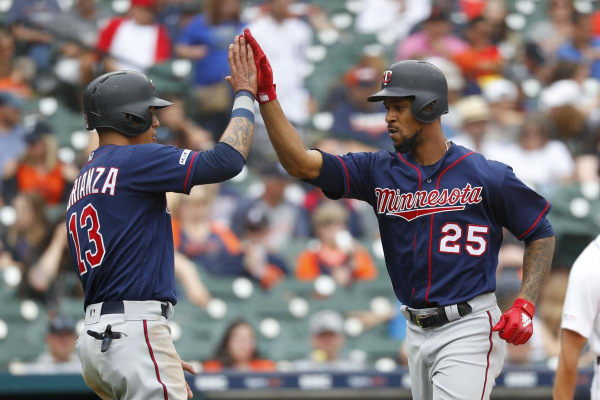 The Twins are on a tear, but can they sustain this success, or will they eventually come back down to Earth?

For a gambler and a fan, the Minnesota Twins have been one of the best teams in baseball. Aside from winning bettors lots of tickets on the moneyline, non-bettors are in awe of the terrific run they’re on as an offensive unit, in addition to their pitching.

As of June 13, the Twins are 45-22, winning 67 percent of their games so far. While much of the value on the Twins is lost at this point, they are still worth a look, even though teams like the New York Yankees and Houston Astros are attracting more attention as serious title contenders.

That said, here are a few things to keep in mind if you’re looking to lock in a Twins futures bet. Is this super-hot streak an anomaly, or can the Twins sustain this success and prove they’re legit on the highest stage of all: the World Series.

Started From the Bottom

Like many teams in recent memory, the Twins would look to be yet another woeful franchise that seemingly turned themselves into contenders overnight. The St. Louis Blues of hockey were a massive underdog and went on to win the Stanley Cup. The Toronto Raptors, while a great team in the Eastern Conference, were never considered legitimate title contenders.

For the Twins, while the franchise has had a history of past success, recent memories of the Twins have been more laughingstock than a serious title contender. In December of 2018, the Twins were listed as +7300 underdogs to win the World Series, making their chances of success very slim.

Not only were they underdogs in Major League Baseball as a whole, but there was no doubt that they were expected to be at the bottom of the barrel in their American League Central Division.

In the same division as the Kansas City Royals and Cleveland Indians — two teams that have either competed for championships or won championships — the Twins have proven that they’re not only legit title contenders in the league as a whole, but they have been able to come from the rock-bottom place in the AL Central and take a commanding 11-game lead. The next closest team, the Indians, are a single game above .500. Meanwhile, the Twins are 23 games above .500. That’s just how massive of a lead the Twins have over the rest of their competitors.

If things continue to play out the way they have, with the Twins cruising to success in almost every game, it’s going to be hard to believe that their title odds are going to shift dramatically in the wrong direction. Currently, depending on the marketplace, the Twins are +700 to win the whole thing, meaning a $100 bet will earn a victor $700.

Amongst the top leaders in MLB for World Series odds (the Astros and Los Angeles Dodgers are tied for the lead), no other team aside from the Twins, Yankees, and Astros are considered among the top three and are all in the American League. While a lot of public money is undoubtedly pouring in on the Bronx Bombers and the Astros, the Twins present a great hedging opportunity for later on in a playoff matchup with one of the bigger teams.

Credit major offseason pick-ups like Nelson Cruz, C.J. Cron, and a few more, as the Twins retooled their roster with legit competitors, meaning these are not subpar players having a fluky year. The Twins have the right talent to compete with the best of the best, and while the value they once had is gone, there is still some value in fading squads in the AL like the Yankees and Astros, assuming you think the Twins can keep this ship sailing smoothly.