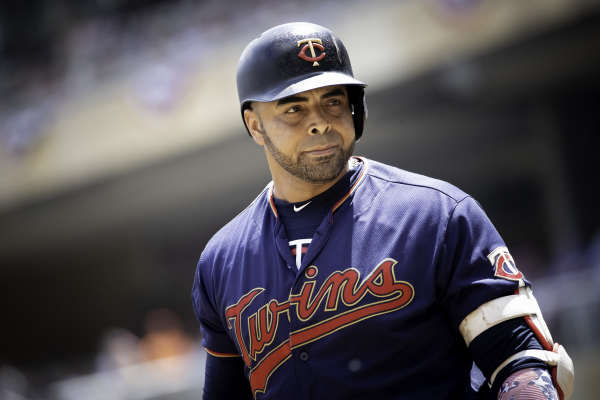 Tuesday night features an interleague battle of AL Central versus NL Central as the Minnesota Twins (11-6) travel to Miller Park to take on the Milwaukee Brewers (6-8).  This is the second game of a three-game series between the two teams.  First pitch for this one is scheduled for 8:10 pm ET.

On Monday, the Twins won 4-2 behind a strong pitching performance from Randy Dobnak, who went five innings, allowing just a single earned run.  They also got a home run from Eddie Rosario.  For the Brewers, they got a home run from second baseman Keston Hiura.

Coming into this one, the Twins currently find themselves in first in the AL Central, but only by a half-game ahead of the surprising Detroit Tigers.  The Brewers have struggled this season and sit 4.5 games behind the Cubs while sitting in third place.

The pitching matchup for this game will feature a bullpen game for the Twins led by righty Tyler Clippard (0-0, 1.17 ERA).  He will square off against the Brewers’ Josh Lindblom (1-0, 4.15 ERA).

On the offensive side, the Twins have had the better team as they currently rank 9th in runs scored averaging 4.88 per game.  For the Brewers, they fall to 22nd averaging 4.00 runs per game.

On the defensive end, it is once again the Twins with the advantage.  They currently rank 5th in opponents’ runs per game at 3.44.  The Brewers come in 13th overall, allowing an average of 4.23 runs.

Twins Looking To Get Hot Again

After losing four in a row, including a sweep over the weekend at the hands of the Kansas City Royals, the Twins were happy to get back in the win column Monday.  Now, the 11-6 Brewers would love to get a winning streak going to try to lengthen their lead in the AL Central.

The Twins continue to hammer the ball, though.  In addition to Cruz’s four home runs, Max Kepler has 5, Eddie Rosario has four, and Byron Buxton has three.

Despite the 6-8 start to the season, the Brewers sit in third in the NL Central but are not out of the race this early.  With that said, in a 60-game season, they can’t allow the Cubs to create any more separation in the division and need to start winning some series.

To do so, they will turn to Josh Lindblom on Tuesday. In his last start, an 8-3 win over the White Sox, Lindblom went five innings allowing four hits, two earned runs, and struck out seven. He will look to build on that success on Tuesday.

Offensively, Christian Yelich continues to struggle mightily. In 51 at bats this season, he is hitting .157/.283/.451 with four home runs, nine runs batted in, and eight runs scored. While the four home runs are nice, it is concerning that those are half of his eight hits on the season thus far.

This one is tough as bullpen games are always so unpredictable.  The Brewers are likely to put up some runs, but there is also a good chance that one of the best offenses in baseball will do the same.

In what will likely be a high scoring game, I will take the stronger offense and, in this case, that is the Twins.