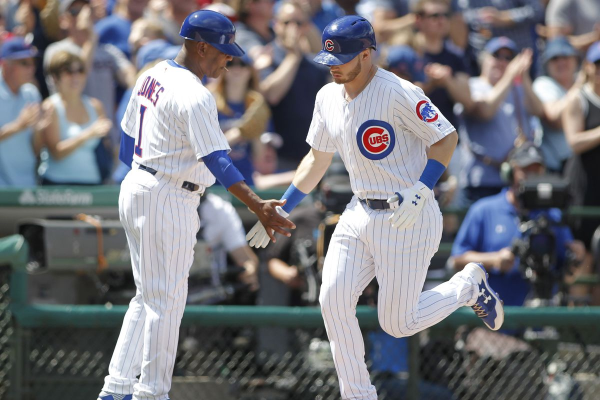 I think Miami is the most surprising team in the playoffs this season. This is a limited group and when you factor in their experience early in the season with COVID-19, the fact that they even completed the season seems like an achievement unto itself. There are a lot of underdogs that might make some noise in these playoffs, but I am not see Miami as one of them.

The Cubs are not one of the elite teams in the league, but they did not have trouble taking the NL Central this season and they are blessed to have Miami as a first round matchup. Chicago has a nice lineup, but I think it is the quality of their starting pitching that will give them a chance to go far in the playoffs in 2020.

•         The Marlins have had a weird season. Their statistical profile suggests more luck than skill this year.

OF Starling Marte – Probable – Acquired midseason from Arizona, he is their most important bat.

SP Jose Urena – Out – Hurt the last day of the season, Urena probably would have only pitched out of the bullpen.

•         The Cubs won the NL Central by three games. Three other teams from the division qualified for the playoffs.

•         Yu Darvish looks like a favourite for they Cy Young in the National League.

Alcantara is a nice pitcher, but is not in the same league as Darvish. He missed about a month after making his first start of the season, and since coming back he has been in good form. His last start of the season was his longest, pitching 7.1 innings against the Yankees. He struck out 9 batters too, which was a season high. The Marlins are 5-2 in his starts this season, and Alcantara gives Miami their best chance at stealing a win to start the series. I am just not seeing it in this game, though.

Chicago has the much better team and even if they didn’t, Darvish has been elite all season long. He has always had the ability to strike guys out, but this season he has been pounding the strike zone, reducing his walk rate while simultanously decreasing his home run rate. It just seems like he is finally comfortable with letting his stuff do the talking and is not as concerned with being so fine with his pitches. He will not have to be against a Miami team that has very few guys who can really burn you.

The Chicago offense underwhelmed this season, but the potential is there. There is power throughout the lineup and as long as they get a few timely hits, they will be very comfortable in this one. I don’t like the value of the Cubs in this spot but they are the only play.

Total: Not yet listed (forecasted at 7.5)

As this is being written, no total has been posted. The best guess is that it will be 7.5, which is what we are seeing in other playoff games where you have two quality starters. Darvish won his final game of the season and was backed with 10 runs, but that has been a rarity this season. The total has gone under in 7 of his 12 starts and that is the way I am leaning here.

I feel pretty confident that he will be very effective against a light hitting Marlins lineup, while his own side will score just enough to get the win. The average amount of support he has received this season has been just 4.4 runs per game. I am not predicting an explosion from either side, though the bullpens are not as elite as other playoff teams, something to watch for as this series progresses.