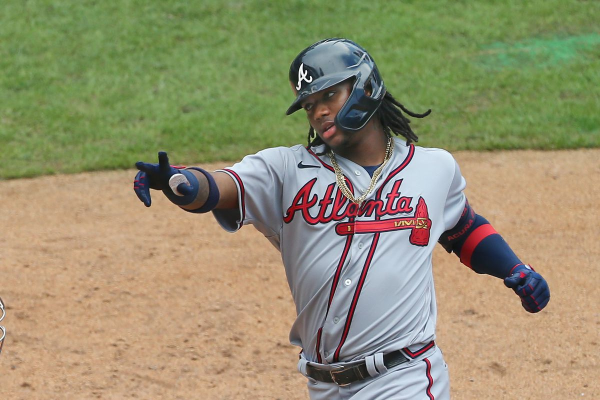 Game 2 of the NLCS takes place on Wednesday, as NL East foes Miami and Atlanta meet up at Minute Maid Park in Houston.  The Marlins will look to even things up after dropping Game 1.  First pitch for this one is scheduled for 2:08 pm ET.

The Braves took the first game, after beating the Marlins 9-5.  The contest featured some fireworks, as Ronald Acuna Jr., who homered in his first at bat, was later plunked by Miami’s Sandy Alcantara. Big days from Acuna and Travis d’Arnaud, ultimately led the Braves to a win.

According to Fanduel, the Braves are the favorites to win Game 2 with a Moneyline of -200 while the Marlins sit at +172.  The over/under for total runs is 9.

If betting the series, the Braves are the overwhelming favorites with a Moneyline of -750.  The Marlins are +540 underdogs to take the best of five series.

Defensively, the Braves once again hold the advantage, although the gap is narrower.  Atlanta is 15th overall in runs allowed/game with 4.65.  The Marlins’ 4.92 runs allowed / game is 18th in MLB.

Marlins Hoping To Even Up Series

After going 4-6 against the Braves during the regular season, Miami knew they would have their work cut out for them this series.  After dropping the opening game, the Marlins hope to even things up and not fall in a 2-0 hole heading to an elimination game.

Two of Lopez’s starts were against the Braves, in one he allowed seven runs in less than two IP, but went scoreless in 5.0 IP in the other.  Manager Don Mattingly is hoping for an outing like the latter in game 2.

The Braves certainly seemed energized on Monday, especially after Acuna Jr. was hit by the pitch.  They will try to use that energy on Wednesday to expand this to a two-game lead.

Taking the Braves In Game 2

It’s hard to bet against the Braves in this one.  Anderson may be young and inexperienced, but he showed in the Wild Card series that he is capable of handling postseason pressure.  Behind a potent Braves’ offense, pitchers don’t need to be great either. That makes Atlanta -200 the logical bet on Wednesday.