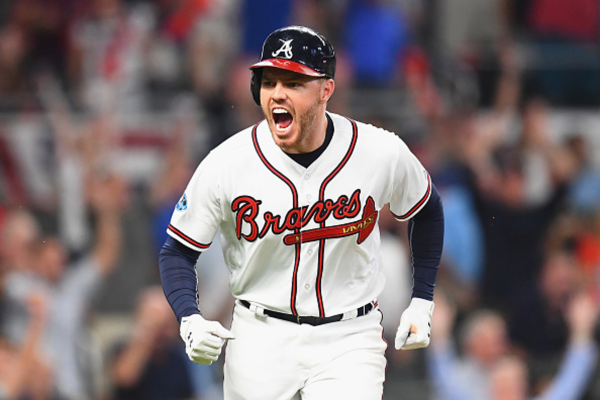 Game 3 of the NLCS will take place on Wednesday as the Los Angeles Dodgers (0-2) will square off with the Atlanta Braves (2-0). First pitch for this one is scheduled for 6:05 ET from Globe Life Field in Arlington, TX.

The Atlanta Braves have taken the NLCS by storm, winning the first two games 5-1 and 8-7. In Tuesday’s game, the Braves pounced on the Dodgers’ starter Tony Gonsolin (who was starting in place of the injured Clayton Kershaw) for five runs over 4 1/3 innings.

For the Braves, both Freddie Freeman and Ozzie Albies went deep while Corey Seager and Max Muncy went deep for the Dodgers. Trying to avoid digging into a 3-0 hole, the Dodgers will look to contain the Braves’ bats in Game 3.

These were the two best offenses in all of baseball this season. The Dodgers rank atop the list in terms of runs scored per game at 5.76. The Braves come in a near second averaging 5.71 runs per game this season.

Defensively, the Dodgers have a little clearer lead. When it comes to runs allowed per game, Los Angeles is again at the top of the list allowing only 3.47 per game. The Braves fall to 12th overall, allowing an average of 4.45 runs per game.

The Atlanta Braves are really tough to beat in one game, and they would be almost impossible to beat in four straight. As a result, the Dodgers know how crucial winning Game 3 is.

On the pitching side, the Braves are hoping for a good start out of righty Kyle Wright. In his last outing, a win over the Marlins in the NLDS, he went six innings allowing three hits, two walks, and seven strikeouts. While he may have a tougher time, the Braves are just hoping he can keep their bats in striking distance by minimizing the damage from the Dodgers’ offense.

Don’t get me wrong, the Dodgers are seemingly the better team on paper, but the Braves have just played phenomenally this postseason going a perfect 7-0 thus far. If you are a Dodgers fan, you are hoping the rally in the ninth inning gives a spark in Game 3, but I just have a hard time betting against the Braves at this point.

In this one, the advantage in the starting pitching goes to the Dodgers, but 1.5 runs still seems like a lot to spot a team that is unbeaten in the postseason. For my money, I am taking Braves +1.5.