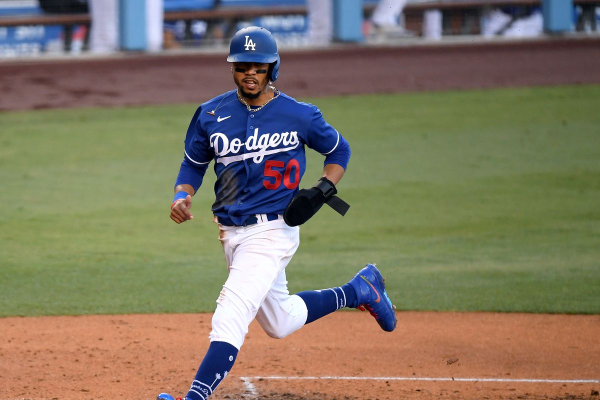 Saturday night features an interleague showdown and an intra-city rivalry as the Los Angeles Dodgers (13-7) travel to Angel Stadium to take on the Los Angeles Angels (7-12). This will be the second game in a three-game set. First pitch is scheduled for 9:40 pm ET.

In the opening game of the series, on Friday, the Dodgers won 7-4 over the Angels. In that game, slugger Cody Bellinger hit two home runs while pitcher Clayton Kershaw allowed just one hit and one run over seven innings while striking out six. In the loss, the Angels’ Anthony Rendon homered in his fourth straight game.

At 13-7, the Dodgers currently hold a half-game lead over the Colorado Rockies. With the Rockies looming and the Padres just two games back, the Dodgers would love to take at least two out of three on the road against the Angels.

Speaking of the Angels, they come into this one currently sitting fourth in the AL West. They currently sit six and a half games behind the first-place A’s, meaning that in a shortened season, they need to start winning series, especially when playing at home.

The pitching matchup for this one will feature Walker Buehler (0-0, 4.40 ERA) taking the mound for the Dodgers against lefty Andrew Heaney (1-1, 4.26 ERA) of the Angels.

According to FanDuel, the Dodgers come into this one as the favorites with a moneyline of -142. The moneyline for the Angels sits at +124. The spread sees the Angels getting 1.5 runs while the over/under is set at 9.

On the offensive side, it is the Dodgers who currently hold the advantage. They rank 4th in MLB in runs scored averaging 5.35 per game. For the Angels, they come in 13th overall averaging 4.84 runs per game.

With Los Angeles bragging rights on the line, the Dodgers would love to guarantee a series win and take the second game in as many days against the Angels on Saturday.

To do so, they will turn to young Walker Buehler on the mound. Buehler has had a bit of an inconsistent start to the season, but in his last outing, he went 5.1 innings allowing two runs on one hit in a 6-2 win over the San Francisco Giants. He did walk four batters but also struck out six.

Offensively, Mookie Betts has been everything the Dodgers were hoping for when they acquired him in the offseason. He is hitting .303/.369/.658 with seven home runs, 15 runs batted in and 14 runs scored. If Bellinger gets rolling also, the National League should watch out because this offense will be dominant.

Angels Trying To Even Series

The Angels have the star power, and now they just need to put it together. With Mike Trout and Anthony Rendon in the same lineup, it is one that opposing pitchers truly fear.

One of their biggest issues, though, has been pitching. They will look to Andrew Heaney to help that on Saturday. On the season, Heaney is 1-1 with a 4.26 ERA, 1.21 WHIP, and has struck out 19 in 19 innings. He will look to keep it going against the Dodgers.

Hard Not To Bet The Dodgers

With the way Betts has been playing and the outburst that Bellinger had Friday, it is hard not to bet the Dodgers for their offense alone. Walker Buehler has been inconsistent this season, but he can still dominate when he is on.

Anytime you face Mike Trout, Anthony Rendon, and Shohei Ohtani, there are no guarantees that you will be able to get around a stout offense. However, I still think the Dodgers have the offensive firepower to get by.

If betting the moneyline, I would probably have to lean the Dodgers at -160, but if betting the spread, I might bet the Angels at +1.5. While the Dodgers’ offense is solid, so is the Angels, and Buehler has been susceptible to both walks and giving up some runs early this season.

Tonight, two pitchers whose records could use a little polishing match up as the St. Louis Cardinals welcome the Miami Marlins to Busch Stadium to open a three-game series. Cardinals hurler Adam Wainwright has not picked up a win since May 20, while Pablo Lopez’s win in his most recent start last week was his END_OF_DOCUMENT_TOKEN_TO_BE_REPLACED