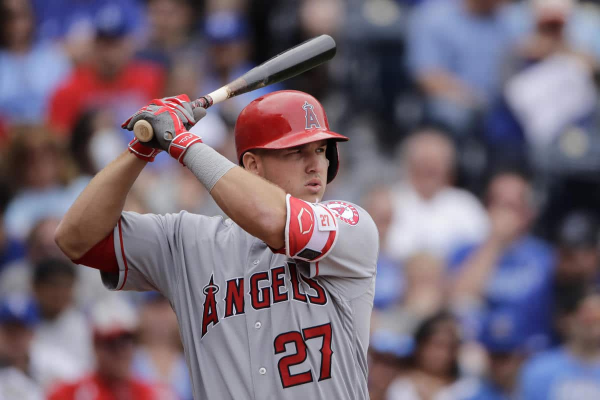 To say that this weekend has been an emotional one for St. Louis Cardinals fans would be an understatement. This is the first time since leaving for the Angels that beloved slugger, Albert Pujols, returned to Busch Stadium. In the first game on Friday, Pujols received a standing ovation that lasted almost a minute and a half from the Cardinals faithful, and he even received a curtain call after homering in Saturday’s game. It has truly been heartwarming to see how St. Louis has welcomed back the future Hall-of-Fame slugger.

The moneyline for this one comes in at the Los Angeles Angels at +120 and the St. Louis Cardinals at -130. The over/under for total runs scored comes in at 9.

At 38-40, the Angels find themselves 10 games back of the AL West-leading Houston Astros, but only four games out of the second Wild Card spot. With the Wild Card in reach, the Angels are looking to make a push heading into the All-Star break. To try to get back to winning ways, the Angels will turn to Skaggs. On the season, the lefty is 6-6 in 13 starts with a 4.61 ERA, 1.29 WHIP and opponents are hitting .250 against him. In 70.1 innings, he has allowed 67 hits, 36 earned runs, nine home runs and has struck out 70 versus 24 walks. In his last outing, a 3-1 win over the Blue Jays, Skaggs went 7 1/3 innings, allowing three hits and one earned run while striking out six.

While the Cubs and Brewers have gotten most of the headlines lately, the Cardinals have quietly put themselves just one game out of first place in the NL Central. Trying to continue their winning ways and rise in the division Sunday will be Mikolas. On the season, the righty is 5-7 in 15 games with a 4.48 ERA, 1.21 WHIP and opponents are hitting .267 against him. In 84.1 innings, he has allowed 87 hits, 42 earned runs, 14 home runs and has struck out 61 versus 15 walks. Interestingly, though, he has pitched well at Busch Stadium. This season, at home, he is 4-3 with a 2.55 ERA.

On the offensive side, Marcell Ozuna has been the Cardinals’ best hitter over the last 30 days. In that time, the outfielder is hitting .297/.339/.495 with six home runs, 17 runs batted in and 16 runs scored. This adds to an overall solid season where he leads the team in home runs (20) and runs batted in (62) and is tied in runs scored (52). The big acquisition from the offseason, Paul Goldschmidt, has not quite had his typical season but is still hitting alright. The slugging first baseman is hitting .260/.349/.432 with 14 home runs, 31 runs batted in and 45 runs scored.

I would be lying if I said I didn’t go back and forth on this one. Even though Mikolas has pitched well at home, I don’t exactly love either side of this pitching matchup, meaning it wouldn’t surprise me to see the over on runs scored. Still, call it a gut feeling, but I think Mike Trout has a big day on Sunday and Albert Pujols gets to leave St. Louis with his head held high and a win to his name in the finale. I wouldn’t argue if you went with the surging Cardinals, but for my money, I am taking Los Angeles at +120.