Is Fading the Red Sox a Smart Move? 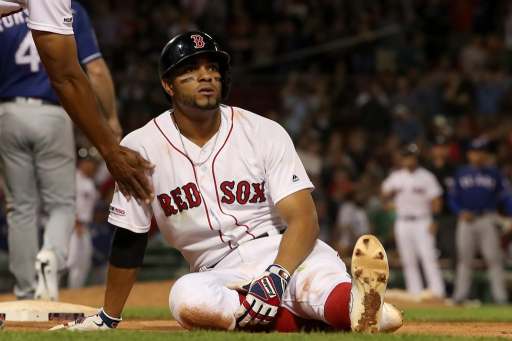 Watching the Boston Red Sox play this season is more of a chore than something fans look forward to in 2020. This season has been one for the record books for all the wrong reasons.

Boston is having one of their worst seasons in franchise history. Boasting a 7-18 record they are at the bottom of the AL East.

Their pitching staff is looking rough to say the least. They lost Eduardo Rodriguez and Chris Sale for the season and also Andrew Benintendi is on the IL. Nathan Eovaldi has been forced to be the ace of the starting rotation and he has an ERA over five.

Boston’s bats haven’t been great either. They have struggled to replace the hole that Mookie Betts left and J.D. Martinez is failing to be the big bat that Boston needs.

When it comes to betting baseball and specifically the Red Sox, the run line will be your best friend. At this point the Red Sox have shown you that they deserve zero faith. If you consistently fade them you will end up in the green.

Combine Boston’s poor pitching staff and struggle to bring in runs, it’s easy to bet against the team. If you are feeling confident you can even throw some dough on the moneyline.

Boston’s schedule continues to get more difficult in the coming weeks. They are facing the Baltimore Orioles, Toronto Blue Jays, Washington Nationals, and the Atlanta Braves in the coming weeks. Baltimore is the closest team to a toss up but the talent of the other three teams will propel them past Boston. When going up against guys like Stephen Strasburg, Max Scherzer, Ronald Acuna Jr. and more, it’s hard to think that the Red Sox stand a chance.

So if you are looking to make some money on baseball, the Red Sox are a team that bettors should be following. Their misfortune could be your reward. Constituently fading the team is likely to put a good amount of money in your pockets.

Tonight, two pitchers whose records could use a little polishing match up as the St. Louis Cardinals welcome the Miami Marlins to Busch Stadium to open a three-game series. Cardinals hurler Adam Wainwright has not picked up a win since May 20, while Pablo Lopez’s win in his most recent start last week was his END_OF_DOCUMENT_TOKEN_TO_BE_REPLACED