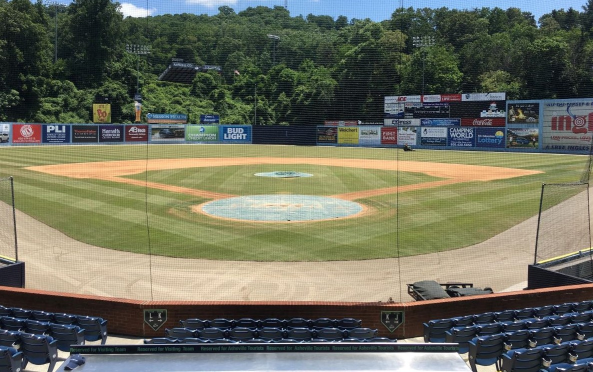 Although it’s not yet been announced, the cancelation of the minor league baseball season is all but assured after MLB cut hundreds of players Thursday. Hundreds more are expected to lose their jobs as Major League Baseball searches for ways to mitigate losses amid the coronavirus pandemic.

While team officials say the minor leaguers cut Thursday would likely have been released toward the end of spring training if the season hadn’t been delayed, the sport isn’t used to experiencing mass cuts like this. These cuts could easily end up numbering more than 1,000 as more teams prepare cuts over the coming days.

Some suspect Major League Baseball is using the unfortunate situation the world finds itself in as an opportunity to shrink the minor league system — something MLB has been interested in for years.

Although minor league owners have been citing the season’s cancelation as grounds for their firing of front-office and game-day workers over recent weeks, the season has not yet been officially canceled.

Early this week, the Athletics told their minor leaguers they would no longer be receiving a stipend of $400 per week, which was provided by all teams through April and May. However, eight teams have promised to continue the stipend through June, and the Padres and Mariners have pledged to continue such financial assistance through August.

Minor Leagues to be Warped By Losses

The current state of Minor League Baseball can be summarized by the fact that one minor league team is now renting out its stadium on AirBnB.

Minor league systems are set to be as diminished as they’ve been in decades, as several factors are hitting the entity at once.

According to reports, MLB has been planning to contract at least a quarter of minor league teams by the advent of the 2021 season. International free-agent signings have also been delayed to at least January, further thinning the sport.

But the most impactful challenge facing the minor league system is the drastically shortened amateur draft, which was cut down from 40 rounds to just five.

Now, minor league agents, farm directors, and other personnel are expecting that the elimination of some affiliates and entire leagues is expected in the future.

As for the minor leaguers facing imminent cuts, the veterans will likely have an opportunity to compete for a job on Major League Baseball’s 20-man taxi squads for every team as part of their return-to-play plan. Younger players are expected to face larger obstacles in the search for a job within the world of baseball.

While chunks of the minor league system appear to be getting stripped away, Major League Baseball and the MLBPA continue their battle in the search for a final return-to-play plan.

Owners are asking players to take significant pay cuts on top of already prorated salaries, leaving the likes of Mike Trout with just $6 million of what would have been a $19 million contract under prorated terms and $37.5 million under normal circumstances for the 2020 season.

Meanwhile, players are countering with a proposal of their own, which suggests playing more than 100 games and receiving full prorated salaries.

If baseball is able to play a 2020 season, perennial heavyweights will be expected to compete for the World Series title. Aided by the acquisition of elite talents, such as Mookie Betts and Gerrit Cole, the Dodgers and Yankees are the favorites — both with odds of +380.