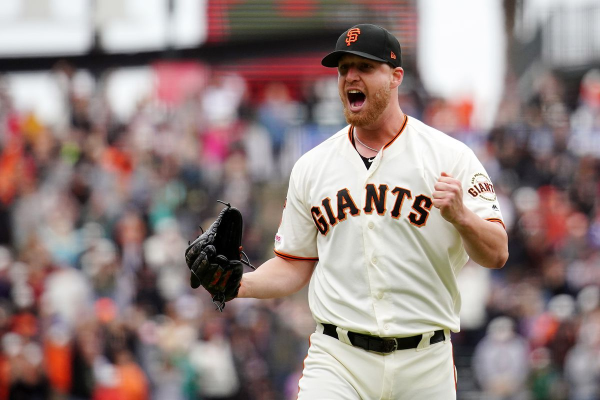 It’s late July, which means we currently find ourselves in that sweet spot of the MLB season between the All-Star break and the trade deadline. This is the period of time when we see which teams are poised to make a run, which teams are pretenders, and which teams drastically change their odds to win the World Series with that blockbuster move.

With the focus on potential moves some of the long-shots could make before the 4 pm Eastern deadline on July 31, let’s take a quick look at the current standings and odds.

How the Major Leagues Stack Up Right Now

After sprinting out to a big lead in the AL Central, the Twins (61-40) have watched their division lead dwindle to just two games over the Indians (59-42) after Cleveland’s bats picked up the pace and launched the team into a hot streak. This looks like a two-team race heading into the trade deadline.

The Astros hold the cards in the AL West, leading the Athletics (58-45) by 7.5 and the Angels (54-49) by 11.5. Oakland might be a team to watch out for, although they’ve cooled slightly after becoming the hottest squad in baseball for a month or so.

In the National League, the Dodgers (67-37) have looked like the best team in the sport for much of the year, and they’ve been rewarded for that effort with a 6.5-game lead over the second-place Braves.

Los Angeles has already suffocated the competition in its own division, now holding a 14.5-game lead over NL West rivals Arizona (52-51) and San Francisco (52-51).

The NL East appears to be a three-team race. With the Braves out in front, the Nationals (55-46) are four games back, while the Phillies (54-48) are keeping themselves within striking distance at 5.5 games off the division leaders.

As far as odds are concerned, the Dodgers are the favorite right now with 3/1 odds, although the Yankees are very close behind at just 7/2. With 4/1 odds, the Astros are the league’s third favorite before a run of three teams come in at 12/1 odds: Atlanta, Chicago, and Minnesota. Also worth mentioning are the Indians and Nationals, both of which look dangerous with 18/1 odds to win the World Series.

So, what moves could thrust some of baseball’s long-shots into the mix with the current favorites?

Moves that Could Turn Long-shots Into Contenders

Let’s start with San Francisco’s Will Smith, a proven reliever who could shore up a bullpen for anyone in or nearing contention. Smith has been linked to the Rays lately and could help Tampa Bay improve their 30/1 odds quickly, although it’s likely not enough to push them close enough to the Yankees.

At 25/1 odds, the Cardinals are currently a relative long-shot to win the World Series. But if the Giants turn into big sellers at the deadline, St. Louis has made it clear it wants lefty reliever Tony Watson. It’s a good fit, with the club needing a left-hander in the bullpen.

Although the Athletics, who’ve been surging lately, are very much in play for a Wild Card spot, they’re sitting on 30/1 odds. Those chances could drastically improve with the potential addition of Blue Jays starter Marcus Stroman. Stroman is one of the most sought-after talents at the deadline and would link up well with a solid Oakland infield.

The Phillies are just 5.5 games back of the Braves, which means a big addition could make their current 40/1 odds very appealing. Enter Zack Greinke, who would fit in nicely with a club in desperate need of pitching. Philadelphia starters have given up a 5.20+ ERA over the last month or so, with only Jake Arrieta throwing consistently well.

At 18/1 odds, the Indians are the closest to the top of the list we’ll go when discussing potential long-shots, and the interesting idea of Yasiel Puig joining the club could enhance a hot lineup even more. After starting slow for the Reds, Puig has been a top-20 hitter in baseball since June came around, and the Tribe could certainly make room for his bat in the outfield.

As players start getting snatched up close to the deadline, expect the favorites to add to their arsenal. However, if any of these moves comes to fruition, expect the odds for these long-shot clubs to improve, some drastically.