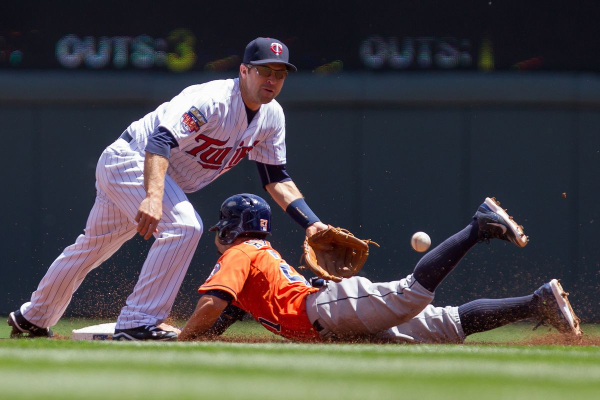 The MLB Playoffs are finally here. Neither of these teams are a surprise to be participating, though prior to the season beginning, I don’t think anybody thought the Astros would need the Wild Card to qualify, or that they would just barely do so. Injuries have really stung the Astros this season, especially their pitching staff. Their lineup is playoff experienced though and still very dangerous, even without their favourite garbage cans.

Minnesota took advantage of a late season swoon by the Chicago White Sox to take the AL Central Division title. That may prove to be a significant advantage for this short series too as the Twins were the best home team in the American League, going 23-7 during the short season. They have a powerful lineup and their pitching numbers have been really good.

SP Justin Verlander – Out – Would have started game one if healthy.

RP Roberto Osuna – Out – Closer has been out most of the season.

RP Chris Devenski – Out – Jack of all trades reliever has been out for weeks.

3B Josh Donaldson – Questionable – A total gamer, he is likely going to play and they need his fire and power.

OF Byron Buxton – Questionable – He is the speed component to their lineup and a great centerfielder.

SP Jake Odorizzi – Out – May not be a factor for this series but could be later in the playoffs.

Maeda had a very strong season, his first in Minnesota. While with the Dodgers, he amassed a lot of playoff experience, but the last few years he was only pitching out of the bullpen in October, creating some controversy. This is a chance to prove L.A. wrong or right, depending on how this game turns out.

Greinke did not have a great regular season and his playoff numbers are not encouraging either, as he is just 3-6 for his career, including 0-2 in last year’s playoffs when Houston lost to Washington in the World Series. He was in poor form to close the season too with the Astros losing his last four starts as they stumbled down the stretch. Backing him to turn things around against a good team that plays really well at home seems very dangerous. These teams did not meet during the regular season either, so there is no recent result to give you confidence on the Houston side of things.

Minnesota feels like the only smart play here, unless you think both starters crash and this one become a barn burner. Even then, the Twins can more than hold their own with their ability to mash.

I think the total here is a little too generous to Greinke. He had some good starts early, but he has given up at least three earned runs in seven straight starts. I am not expecting him to be very sharp on Tuesday, and even if he is effective overall, that likely means a few runs over six innings. When pitchers are in the playoffs they are often trying to be extra fine, so when they miss it can go a long way. That is one of the reasons that Houston has had so much success over the last few years, and all of those guys are in the lineup for this one. Minnesota will be feeling confident and loose not having to take on the Yankees, and they can easily crank a few homers too. This one just squeezes past the total.