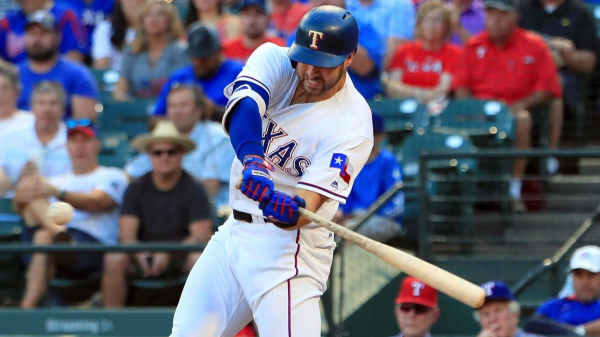 With the All-Star Game now in our rearview mirror, the second half is about to begin on Thursday with an AL West showdown between the Houston Astros (57-33) and the Texas Rangers (48-42). For the Astros, they had struggled for a while in June but went into the break having won seven of their last eight. With the trade deadline approaching, the Astros are trying to put away the division while also focusing on how to put out the best team possible in the playoffs.

For the Rangers, who are 4-6 in their last 10 games, they are trying to hang tight in the playoff hunt. They currently sit three games back of the second Wild Card spot. The pitching matchup for this one is a little unclear. The belief is that Framber Valdez (3-4, 4.57 ERA) will likely be starting for the Astros, but Houston has not confirmed that as of this writing. For the Rangers, it will be Lance Lynn (11-4, 3.91 ERA). First pitch from Globe Life Park is scheduled for 8:05 pm ET.

The moneyline for this contest is set at the Houston Astros -134 and the Texas Rangers +124. The over/under for runs scored is set at 11.5.

Offensively, these have been two of the better teams in the league. Currently, the Rangers rank sixth in the Major Leagues in runs scored with an average of 5.39 (5.65 at home). For the Astros, they come in 10th with 5.09 runs per game (5.05 on the road).

On the pitching side, it has been the Astros who have been far superior. They currently rank fourth in the majors with a 3.86 staff ERA (3.80 on the road). For the Rangers, they fall to 20th overall with a team earned run average of 4.82 (4.61 at home).

When you put it all together, it is the Astros who come out ahead in terms of run differential. Houston ranks fourth overall with a run differential of +91 while the Rangers come in 14th at +24.

Astros Look To Stay Hot In Second Half

After closing out the first half well, the Astros would love nothing more than to keep it rolling against their intrastate rivals. To do so, it appears that they will turn to Valdez to take the ball. On the season, Valdez is 3-4 with a 4.57 ERA, 1.37 WHIP and opponents are hitting .247 against him. In 45 1/3 innings, he has allowed 43 hits, 23 earned runs, five home runs and has struck out 41 versus 19 walks. He hit a rough patch in his last couple major league starts that got him demoted, but he will look to bounce back when called up to start Thursday.

On the offensive side, the Astros are finally getting healthy. George Springer and Jose Altuve are back in the lineup, and it doesn’t appear that Carlos Correa will be too far behind. Still, with those three as well as Michael Brantley and Alex Bregman on the roster, it has been a rookie that has been getting a lot of the attention lately.

Yordan Alvarez has quietly taken the league by storm since being called up. In 19 games (73 at-bats), he is hitting .342/.415/.726 with seven home runs, 25 runs batted in and 12 runs scored. Add his bat to an already deep lineup, and this is a team that is capable of scoring runs in bunches at any point.

The Rangers know that their play leading into the break didn’t help their chances in the AL West. After closing to just within a handful of games of the Astros, the Rangers dropped all the way back to nine games and third in the division in just a few weeks. To try to start fighting their way back in, they will turn to veteran righty Lance Lynn on Thursday.

On the offensive side, Joey Gallo showed what he can do best in the All-Star Game, and that is hit for power. On the season, he is hitting .275/.417/.643 with 20 home runs, 46 runs batted in and 49 runs scored despite only having 207 at-bats. There is power up and down this lineup as they have six players with double-digit home runs.

This is a tough one to predict. On the one hand, the Rangers are 4-2 against the Astros this season when playing at home. On the other hand, the last time the two teams played, which was in Houston, the Astros swept the four-game series. For me, this one boils down to pitching. While Lance Lynn is far from an ace, he has pitched really well this season. Framber Valdez, on the other hand, has been mediocre at best as starting pitching is one area that the Astros are definitely looking to bolster behind Verlander, Cole, and Miley. If the Astros can get five solid innings out of Valdez, I think they win this one, but I am not sure they will. With so much uncertainty, I will take the better odds and take the Rangers +124.