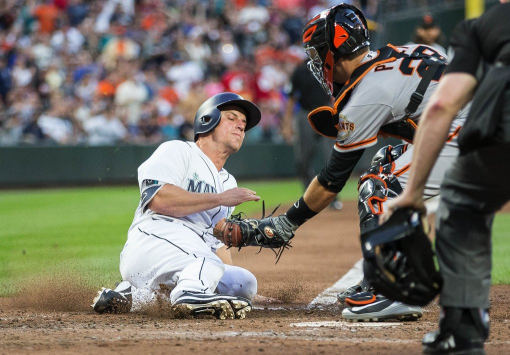 The first thing that could be considered misleading about this game is that the board says the Giants are AT the Mariners. The game will actually be played at Oracle Park in San Francisco. How very 2020 of this game, right? The two game series set for Seattle has been moved to the Bay Area because of poor air quality in the northwest. So the Mariners will act as the home team despite playing in the Giants home park. With no fans attending games this year, we could debate whether or not home field advantage exists, but this has to give the Giants a bit of a leg up that may not have been originally baked into the numbers.

The Mariners are listing Ljay Newsome as the starter for the game, but he won’t be out there for long. Newsome is an opener who just threw against the Giants at Oracle Park last week. In that game, he was gone after getting 4 outs, having allowed 1 run on 2 hits. He’s been relatively decent this year, amassing an ERA of 3.24, but it’s a small sample size. He’s thrown only 8 1/3 innings total. The bigger problem for the Mariners is that when Newsome leaves, they’ll hand it over to their bullpen, which has been a problem spot this year. The Seattle rotation is much stronger than the guys backing it up. Opposing hitters have a .686 OPS against Seattle starters, but an OPS of .838 against the relievers.

Also in the Giants favor is that lefty Tyler Anderson will take the hill. Not only did he just toss 6 shutout innings against the Mariners in the same ballpark last week en route to a 10-1 blowout win, but those numbers fit right in line with what Seattle has done against lefties all year. They are much stronger against right-handed pitching. Their team batting average against lefties is

.188 this year. Middle of the order staple Kyle Seager, a left-handed hitter, is in lock step with those numbers, hitting .189 against southpaws but .278 vs. right handers.

The Giants have had great luck against left-handed pitching all year, but their numbers against right-handers have been on the rise. One of the big reasons for that is Alex Dickerson, who is hitting .387 in September. Dickerson is the left-handed outfield platoon option, and he’ll be in there against the Mariners bevy of right handed pitching Wednesday night. Dickerson has been in the news recently for enduring a false positive COVID test last Friday. That, combined with the air quality issues in Seattle, has led to the Giants being off for 4 of the last 5 days.

The Giants have all kinds of advantages in this one. They’re on the “road,” but will be playing in the familiar surroundings of their home park. The Mariners struggle against lefties, and Tyler Anderson will be confident, having just rolled through their lineup last week. The Giants are also just the better team. I’ll suggest taking San Francisco on the money line at -128, but the pick I really love is the under. The Giants scored just 2 runs in their recent weekend series at San Diego, so their offense has cooled off of late. Plus, they may need a few innings to get back into a flow after all their time off. I like the Giants to win, but I really like a low scoring game.