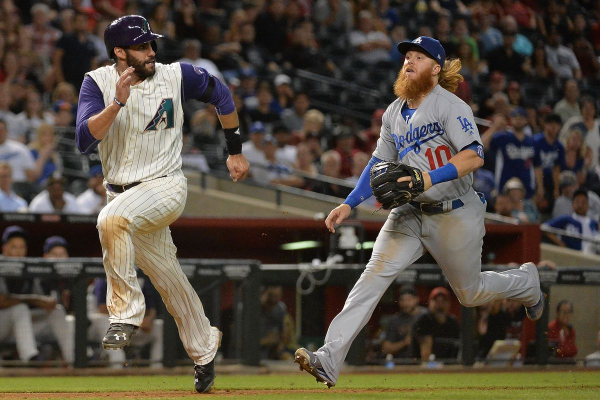 The Los Angeles Dodgers and Arizona Diamondbacks conclude their current series on Thursday, Sept. 3 at 6:40 p.m. PDT in L.A. It’ll be a matchup of one of the greatest pitchers of all time, Clayton Kershaw, against a promising pitcher who has hit a rough patch, Luke Weaver. The Diamondbacks were sellers at the trade deadline, while the Dodgers are one of the best teams in baseball. Betting on this game appears to have one obvious choice in almost every way: the Dodgers.

Let’s see if it’s as easy as just picking all the Dodgers outcomes and props and raking in the cash.

He’s also been efficient against the hitters that make up the current Arizona roster. Overall, these Diamondbacks have gone 27-for-137 against Kershaw in their career.

Kershaw faced the Diamondbacks in his first start of the season on Aug. 2. He allowed no runs in 5.2 innings while giving up three hits and striking out six. Kershaw’s most recent start, against the Giants, featured six shutout innings. He’s on a great run right now.

Weaver’s stats in the early going are very un-Kershaw like: A 1-5 win-loss record and an 8.23 ERA. After allowing one and then two runs in two of his recent starts, he allowed four runs his last time out against the Giants.

When Weaver faced the Dodgers earlier this season, he allowed six earned runs in four innings pitched. He did manage to strike out five batters, but he was too erratic to hold L.A. down. In their combined careers against Weaver, the Dodgers have batted .290 with a 1.066 on-base-plus-slugging percentage.

The Dodgers are even more fearsome now that Max Muncy has heated up, although Justin Turner just went on the Injured List. With as deep a roster as any team in baseball, though, the Dodgers should hit Weaver around again.

One good way to slightly hedge a Kershaw bet would be to find a Walker player prop on your sportsbook. If Kershaw gets hit around, it’ll likely be by Walker, so a prop for his total hits in the game or even for him hitting a home run is a worthwhile investment. In reality, betting on both the Dodgers to win and Walker to produce could pay off.

Could the line be too large?

There’s really no true accounting in a betting line for the historic prowess of this Dodgers lineup. Having Mookie Betts, Cody Bellinger and Corey Seager (to stop without naming the whole team) in the lineup the same day Kershaw pitches is almost unfair for another team. As recently as a week ago, L.A. had a run differential more than double that of the second-highest team in that category in the major leagues. They’re as likely to blow a team out as anyone. So pick the Dodgers in this one, no matter the line.

In addition, bet on Christian Walker’s production as a player prop. He’ll hit in the heart of the order and has hit Kershaw well in his career. And if you’re feeling like triple the luck, you can also invest in a Cody Bellinger player prop. He’s 3-for-5 lifetime against Weaver with two home runs.