Cora Latest Out Of A Job Due To MLB Cheating Scandal 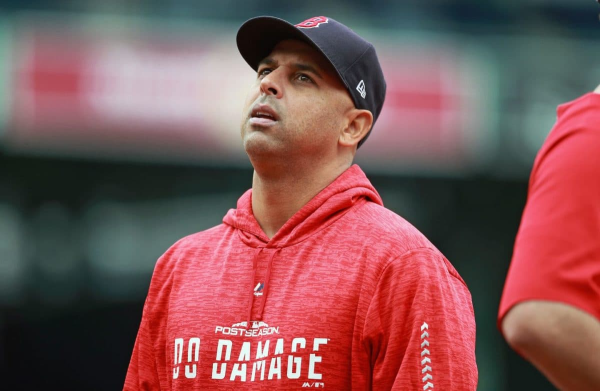 One of the most significant cheating scandals in professional sports over the last decade continues to permeate throughout Major League Baseball as the Boston Red Sox and manager Alex Cora decided to part ways.

Cora, who won the World Series in 2018, his debut season as the Red Sox’s manager, awaits punishment from the league for his role in two sign-stealing schemes with the Astros and Red Sox.

A year before winning a tainted title with Boston, Cora served as the bench coach in Houston during the team’s World Series run in 2017. According to reports, he was heavily involved in the sign-stealing scheme in which the club used a combination of electronics and sounds from the dugout to relay what sort of pitch was coming to its hitters.

MLB commissioner Rob Manfred describes Cora as being “involved in developing both the banging scheme and utilizing the replay review room to decode and transmit signs. Cora participated in both schemes, and through his active participation, implicitly condoned the players’ conduct.”

While much of the discipline has already been handed down for the transgressions in Houston, Major League Baseball has decided to wait on serving punishment to Cora until completing its investigation into Boston’s sign-stealing schemes.

According to reports, the Red Sox are accused of using video to steal sign sequences and then inform their players. While Boston isn’t alleged to have gone as far as the Astros in terms of giving hitters stolen information at the plate, Cora will be heavily disciplined for his direct involvement in sign-stealing schemes with two different clubs.

While MLB waits to hand down punishments in Boston, Houston has already been disciplined for its sign-stealing schemes that played a direct role in their World Series Championship and recent playoff success.

The Astros organization was quick to respond by firing both general manager Jeff Luhnow and manager AJ Hinch. When the punishment was first handed down, Luhnow and Hinch were suspended for a year.

Additionally, Houston has been fined $5 million and will be stripped of its first- and second-round picks in both 2020 and 2021. The latter punishment will hurt the franchise most, as young prospects are the lifeblood of MLB teams.

Because players in Major League Baseball have such a strong union, the league is opting to go after leadership rather than the players themselves. So, despite the players directly partaking in sign-stealing through the use of electronics – something specifically forbidden by Manfred – it appears that only those in managerial roles are facing the consequences.

Many now expect Cora to face a harsher penalty than that of Luhnow and Hinch.

What To Expect From Houston, Boston In 2020

While it’s clear to most that the World Series titles and recent success of both Boston and Houston are all tainted by these cheating scandals, the teams themselves remain full of talented players.

Because the players are yet to face discipline by the league, both the Astros and Red Sox are expected to be among the leaders in the American League this season.

Despite the loss of Cora and the potential for more fallout in Boston, FanDuel Sportsbook has the Red Sox’s win total at 88.5 games. Meanwhile, other Vegas sportsbooks have set the Astros’ 2020 win total at 97 in the wake of this discipline.

And while Boston isn’t currently viewed as a World Series contender, Houston is expected to be right back in the mix one year after falling to the Nationals in the Fall Classic.

Right now, the Astros hold the second-best odds of +550 to win the World Series. Houston trails only the Yankees, who own +350 odds.