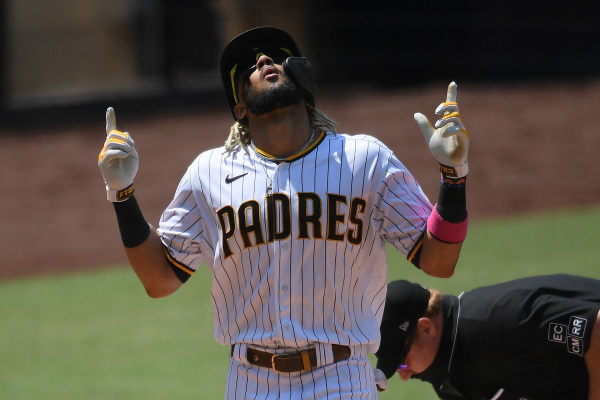 Tuesday night features an NL West showdown as the Colorado Rockies (20-21) travel to Petco Park to take on the San Diego Padres (26-17). This will be the second of a three-game series. First pitch is scheduled for 9:10 pm ET.

Game 1 of the series saw a pitcher’s duel that ended on a walk-off hit for the Padres. In the game, the two starting pitchers went a combined 13.2 innings, allowing nine hits, three walks, and struck out 11. Unfortunately for the Rockies, their bullpen couldn’t hold on as the Padres scored the lone run of the game on a Jurickson Profar double, which scored Jorge Mateo.

After a scorching hot start to the season, the Rockies have cooled off considerably. They come into this one in fourth in the NL West, 9.5 games behind the Los Angeles Dodgers, and 5-6 in their last 11 games. While the division may be out of the question, they are hoping to make a run at one of the wild card positions.

For the Padres, they have one of the most exciting young teams in the National League and are currently entrenched in a playoff spot given this year’s expanded playoffs. They will look to continue their winning ways and hope to cut the gap on the Dodgers, who they are 4.5 games behind.

According to Fanduel, the Padres come into this one as the clear favorites with a moneyline at -250. The moneyline for the Rockies is set at +215. In terms of the spread, the Rockies are +1.5 while the over/under for total runs scored is 9.

Offensively, the Padres hold the advantage in this one. In fact, in terms of runs scored, they are tops in MLB at 5.67 runs per game. The Rockies come in 9th overall averaging five runs per game.

Defensively, it is once again the Padres who hold the edge. They rank 9th in opponent’s runs per game at 4.40. The Rockies fall to 29th overall, allowing opponents an average of 5.88 runs per game.

Colorado Looking To Get Support From Their Offense

For a team that struggles to keep runs off the board by their opponents, the Rockies got a fantastic game from starter Kyle Freeland on Monday. Unfortunately, their offense, which is usually reliable, failed to score a single run. They will look to turn it around Tuesday.

On the offensive side, Trevor Story has led them this year hitting .294/.372/.544 with nine home runs, 20 runs batted in, 32 runs, and 12 stolen bases. Charlie Blackmon (.327 average, 30 runs batted in) and Nolan Arenado (7 home runs, 22 runs batted in) have also been solid, but the Rockies will look to get the whole team clicking against Mike Clevinger and the Padres.

The San Diego Padres were easily the most active team at the trade deadline this year, and their biggest acquisition will be taking the ball on Tuesday. Acquired from the Cleveland Indians, Mike Clevinger is the top of the rotation type player that the Padres have needed.

In his first start with San Diego, a 2-0 loss to the Angels, Clevinger went six innings, allowing seven hits, two earned runs, one walk with two strikeouts. He will look for his first win in a Padres’ uniform Tuesday.

If people didn’t know who Fernando Tatis Jr. was before the season, they certainly do now. This season he has been outstanding, hitting .314/.405/.663 with 15 home runs, 39 runs batted in, and 43 runs scored. He will look to keep rolling against the Rockies in Game 2.

Especially after the emotional letdown of losing a 1-0 game in the ninth on Monday, there isn’t a lot to love about the Rockies on Tuesday. Their pitching has left something to be desired this year, and they have to face an excellent pitcher in Clevinger.

Unlike Monday, I expect the Padres to score pretty easily off Gonzalez while Clevinger will likely contain the Rockies’ hitters. I not only like the Padres to win, but I like them to cover the 1.5-run spread.