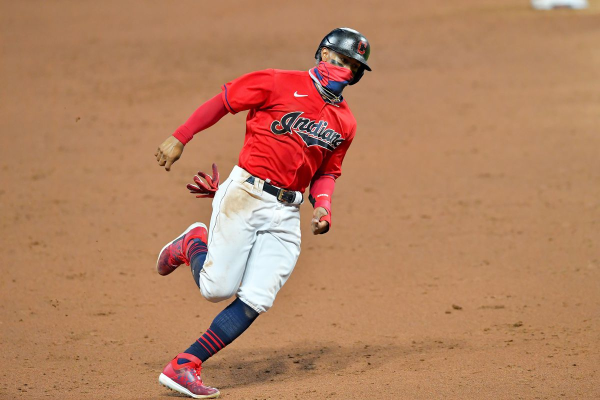 Jackie Robinson Day will be celebrated on Friday, August 28th, as the original date in April was canceled due to the coronavirus pandemic.

With the issues of racial inequality highlighted by cancellations of games around the sports world, it seems appropriate to reflect on the life of Jackie Robinson. His struggles sadly still resonate today, making his celebration all the more meaningful.

Friday night features an interleague matchup of Central teams as the Cleveland Indians (19-12) travel to Busch Stadium to take on the St. Louis Cardinals (11-9). This will be the first of three games over the weekend, and the first pitch is scheduled for 8:15 pm ET.

The Indians are in the midst of a tight AL Central race. They currently sit half a game behind the Minnesota Twins (trail in the win column by one). Cleveland is tied for that second spot with the Chicago White Sox. In such a shortened season, each win is essential in their effort to win the division.

For the St. Louis Cardinals, they come into this one amid a rough patch. They have lost three of their last four, including two in a doubleheader game on Thursday against the Pittsburgh Pirates. They currently sit three games behind the Chicago Cubs for first in the NL Central in the division.

The pitching matchup for this one features the Indians sending youngster Triston McKenzie (1-0, 1.50 ERA) to the mound to square off with the Cardinals’ Daniel Ponce de Leon (0-2, 5.25 ERA).

On the offensive side, neither of these two are high scoring teams. The Cardinals currently come in 22nd in MLB, averaging 4.35 runs per game. The Indians come in 26th at 4 runs per game.

It is an entirely different story defensively as both teams are ranked in the top five in runs allowed per game. The Indians rank 1st in the majors allowing just 2.97 runs per game. The Cardinals give up 3.60 runs/game.

Indians Look to Youngster To Start Off Series

To say that starting pitcher Triston McKenzie seized the opportunity to shine in his debut is a bit of an understatement. In a 6-1 win over the Detroit Tigers, McKenzie went 6 innings, allowing 2 hits, 1 earned run, 1 walk and striking out 10. He will look to build on this stellar outing Friday.

Cardinals Looking To Bounce Back

No one ever likes to lose a doubleheader; it is even worse when it is against your division’s worst team. Despite the rough day against the Pirates on Thursday, the Cardinals aim to bounce back on Friday against Cleveland.

The Cardinals will send Daniel Ponce de Leon to the mound. In his last start, a 6-2 loss to the Reds, he went 4.2 innings, allowing 3 hits, 2 earned runs, 4 walks and struck out 2.

Taking The Indians On The Road

This one comes down to pitching for me. While I don’t think that Triston McKenzie will have the dominating game that he had in his debut, I think he is a much better option than Daniel Ponce de Leon. While both of these teams have struggled offensively, I see the Indians do enough to get the win on Friday.