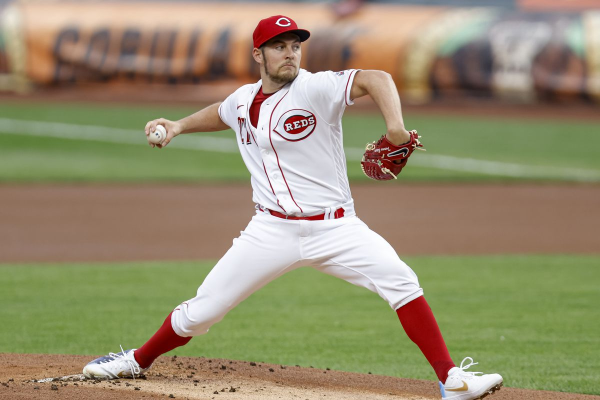 For a long while it looked like this was going to be another lost season for the Cincinnati Reds. Their pitching was as good as advertised but they basically could not hit, finishing last in the Majors in batting average. They did put together one extended run that got them into the playoffs though, and now that they are there, that electric pitching staff might be able to scare the Braves.

Atlanta pretty much cruised to the NL East title this season. When their lineup is healthy it is as good, one through five, as any in the National League, and that gives them a great chance as these playoffs start. Their pitching on the other hand is not nearly as experienced, or as fearsome, and could be their downfall, starting with this game.

RP Archie Bradley – Probable – Reliever should be ready and could be a key factor if the Reds can get a lead.

OF Brian Goodwin – Probable – Reserve OF gives them some speed they can use off the bench.

•Atlanta finished second in the majors in scoring this season. They were also second in batting average, first in OPS and second in homers.

• The bullpen was good but also benefitted from the third highest LOB% in the game. If that luck turns the other way, they could be in trouble.

• Max Fried might not be as good as his numbers suggest. His FIP and XFIP would place him as the Braves third most effective starter.

OF Ronald Acuna Jr. – Probable – Braves slugger will definitely play, but if he is not right they could be in trouble.

SP Max Fried – Probable – Minor ankle injury, but expected to start game one. They need him at his best.

SP Cole Hamels – Out – They were hoping the veteran could give them his playoff experience but it looks like it wasn’t meant to be.

I am going to be hitting the Reds hard on this one, as the line just doesn’t make much sense to me – I would have made it a pick’em. Atlanta is the better offensive team for sure, but I am very nervous about Fried, a guy who does not dominate opponents. The fact that he might be a little gimpy only makes me that much more nervous to back Atlanta. They also were not an elite team at home, going just 19-11.

For Cincinnati, I love Trevor Bauer. He has been great this season and his compete level is off the charts. His playoff numbers are just so-so, but getting him at this price seems too good to be true. Admittedly you have worry a bit about the Reds lineup but taking on Fried could be a little but of an equalizer. They have some veteran hitters I think can put some runs on the board early on and if Bauer is on a roll it will be hard to get him out of the game.

This total play stems from how effective Fried will be. I am locked in on Bauer, even though it won’t be easy taking on a very strong Atlanta offense. I just like that he would rather walk a hitter than give into him. For Fried I am not confident. I know we have a 60 game sample of Cincinnati struggling to hit, but this is just one game. I like the over here because I just don’t see a pitchers duel happening. Bauer can keep up his end of the bargain but I think we are going to see that Fried is no Mike Soroka in this one. He just doesn’t have that level to dominate. If Bauer does blow up then we should definitely be able to cover that over too, though I am not betting on that.