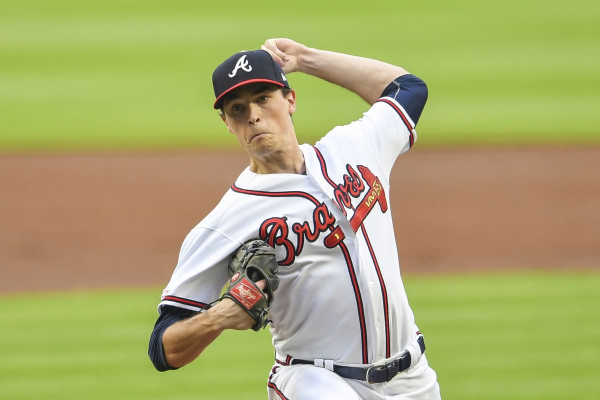 Without question, the most intriguing game in the first round of the MLB playoffs in the National League is the Cincinnati Reds taking on the Atlanta Braves. While they took different routes to reach the postseason, both have the tools to be a serious World Series contender. With the Braves hosting the series, they are -131 favorites to win Game 1 on Wednesday while the Reds have a moneyline of +121.

Cincinnati finished the season as one of the hottest teams in baseball, primarily because they needed to finish strong just to make the postseason. The Reds won their last five series of the season, going 12-4 during that span to finish two games over .500 and secure a Wild Card spot and the 7th seed in the National League playoffs.

As for the Braves, they won their third straight NL East title in 2020. Atlanta finished the year with a four-game cushion, which is sizable for a 60-game season. Of course, after losing in the NLDS in two straight seasons, the Braves are motivated to make a deep playoff run and are considered the second-leading favorites to win the pennant behind the Dodgers.

The Braves are fortunate to have ace Max Fried available to start Game 1. The lefty suffered from both back spasms and an ankle injury in September that cost him time down the stretch. But he’s been cleared to pitch on Wednesday.

In his 11 starts during the regular season, Fried was 7-0 with a 2.25 ERA. Of course, he was forced out of his last start after just one inning. That start came on September 23, and Fried allowed two runs on three hits. He will also be making his first postseason start after making eight relief appearances over the last two seasons, posting an ERA of 7.11.

On the bright side, Fried will face one of the most disappointing lineups in baseball this year. Eugenio Suarez, Mike Moustakas, and Nick Castellanos all underperformed amidst high expectations coming into the season. However, young outfielder Jesse Winker emerged as a productive offensive player. Plus, Moustakas and veteran infielder Freddy Galvis both started to heat up over the final week of the regular season.

The Reds will send ace Trevor Bauer to the mound in Game 1. Bauer is the favorite of many to win Cy Young honors in the National League after going 5-4 with a 1.73 ERA over his three starts. Bauer registered a WHIP of 0.79 while striking out 100 batters in his 73 innings.

He closed out the regular season by pitching to a 1.29 ERA during his five starts in September. Bauer also has a healthy amount of postseason experience under his belt from his days in Cleveland.

That being said, Bauer has little experience facing Atlanta’s hitters, who make up one of the most potent lineups in baseball. The Braves have four regulars who posted an OPS over .900 this year, including Freddie Freeman, who hit .341 with an OPS of 1.102 and is a strong MVP candidate.

Based on his playoff experience and the fact that he doesn’t have injury question marks, Bauer has the edge over Fried with regard to the starting pitching matchup in this game. However, Atlanta’s bullpen was made for the postseason and will be well-rested for Game 1.

The Braves are also the most dangerous offensive team, whereas the Reds have quality hitters hoping to wipe the slate clean in the playoffs. That’s enough to bet on the Braves to beat the Reds in Game 1.