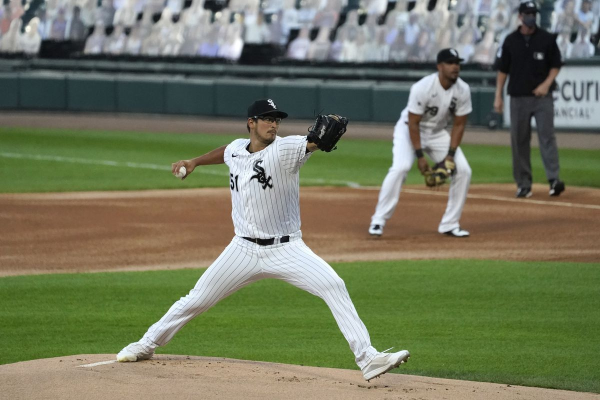 Monday night features a battle of AL Central teams as the Chicago White Sox (34-19) travel to Progressive Field to take on the Cleveland Indians (29-24). First pitch for this one is scheduled for 6:10 pm ET.

For the White Sox, they have lost two of three over the weekend to the Cincinnati Reds, including a 7-3 loss on Sunday. Currently, Chicago has a 2.5-game lead over the Minnesota Twins in the AL Central and leads Cleveland by five games. A series win over the Indians could go a long way towards wrapping up the division.

The Indians just finished a four-game series with the Detroit Tigers, taking three of four, including a 7-4 win on Sunday. The Indians currently occupy the first wild card spot in the American League and will look for a strong last week to help solidify their postseason presence.

According to Fanduel, this one appears to be a pick’em game as both the White Sox and Indians open with a moneyline of -108.

Offensively, the White Sox are one of the better run-scoring teams in the league. They currently sit 6th overall averaging 5.25 runs per game. The Indians fall to 27th overall, averaging just 4.02 runs.

Defensively, the Indians have been the best team in the majors at preventing runs. They rank first overall, allowing opponents an average of just 3.37 runs per game. The White Sox rank 5th as they are allowing only 3.73 runs per game.

With a 2.5-game lead going into the final week, the White Sox have to be happy with their current situation. Still, while they may have secured a postseason position, the division isn’t locked up, and they still have work to do.

To get the series started right, Chicago will turn to Dane Dunning. The rookie right-hander has been sensational in five starts going 2-0 with a 2.33 ERA, 0.93 WHIP, and striking out 28 in 27 innings. He will look to keep it going Monday against Cleveland.

Throw in Yasmani Grandal, Eloy Jimenez, Luis Robert, and others, and it is no wonder why they are such a potent offense.

The Cleveland Indians have one of the best rotations in baseball and will look to use that rotation to keep the White Sox at bay. On Monday, the Indians will turn to starter Adam Civale.

Taking The White Sox Straight Up

It is pretty hard to take the Indians in this one. Civale, while amazing early in the season, has been scuffling while Dane Dunning has been one of the White Sox’ best starters as of late.

Throw on top of that Chicago’s dynamic offense, and Cleveland will certainly have their hands full. For my money, I am taking Chicago at -108.