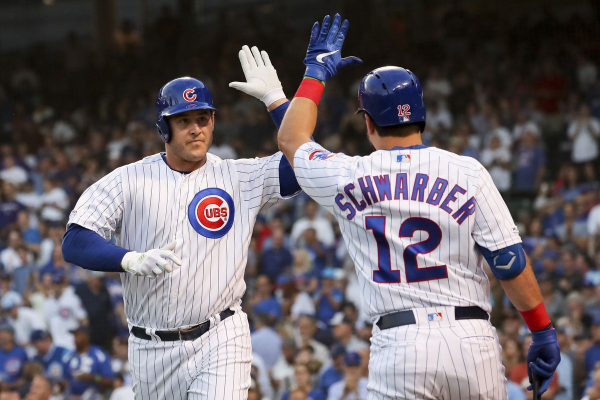 Saturday afternoon features an NL Central showdown as the Chicago Cubs (18-13) travel to the Great American Ball Park to take on the Cincinnati Reds (14-17). This will be the first game of a doubleheader as, in the evening, they will be making up a game that was canceled on July 30th. First pitch for the first game is scheduled for 4:10 pm ET.

In the first game of this series, on Friday, the Reds hung on to win 6-5. The Reds hit three home runs while the Cubs hit four. Ultimately, the Reds prevailed as Tyler Mahle picked up the win, and Rasiel Iglesias earned the save. Kyle Hendricks took the loss as he went 6 innings, allowing 10 hits and 5 earned runs.

Coming into Saturday’s early game, the Cubs sit in first place of the NL Central with a 2.5 game lead over the St. Louis Cardinals. Still, they have now lost three games in a row and will look to right the ship.

The Reds are in third in the NL Central, four games behind the Cubs. They come into the doubleheader on Saturday, having won three games in a row.

On the defensive side, it is the Reds who hold the advantage. They currently rank 8th overall in runs allowed per game at 4.17. The Cubs come in 11th, allowing an average of 4.50 runs per game.

The Chicago Cubs hope to end their small skid and look to Yu Darvish to be the stopper in the rotation. The right-hander has been sensational this season, and his last start showed how good he can be. In a 2-1 win over the White Sox, Darvish went 7 innings, allowing 6 hits, 1 earned run while striking out 10. He will look to build on that Saturday against the Reds.

Offensively, the Cubs have struggled as a team this season. Chicago has hit for power, but certainly not for average. They currently don’t have anyone hitting over .300 (Ian Happ has the highest average at .286), and their stars are struggling. Coming into play Saturday, Anthony Rizzo is hitting .217, Javier Baez is at .214, and Willson Contreras .208. Despite the low averages, those three have combined for 15 home runs.

Despite his struggles, keep an eye on Anthony Rizzo in this one as he is 4 for 10 (.400) lifetime against Bauer.

The Reds would love nothing more than to keep their winning streak going. Every game they win over the Cubs is another game closer to the top of the division standings.

In the first game Saturday, they will turn to right-hander Trevor Bauer. For as good as Darvish has been for the Cubs, Bauer has been equally dominant for the Reds. He is 3-1 in 5 starts with a 1.65 ERA, 0.73 WHIP, and has 49 strikeouts in just 32.2 innings pitched on the season.

In their careers against Darvish, Tucker Barnhart, Mike Moustakas, Eugenio Suarez, and Joey Votto have all homered.

Reds To Take Game One

Remember, in a doubleheader, games are only seven innings. As a result, I wouldn’t be shocked if this is a low-scoring pitchers’ duel.

In a game where a run or two might be enough, I feel compelled to go with the hotter team as of late, and that is the Reds.