Betting Picks for Dodgers at Rockies 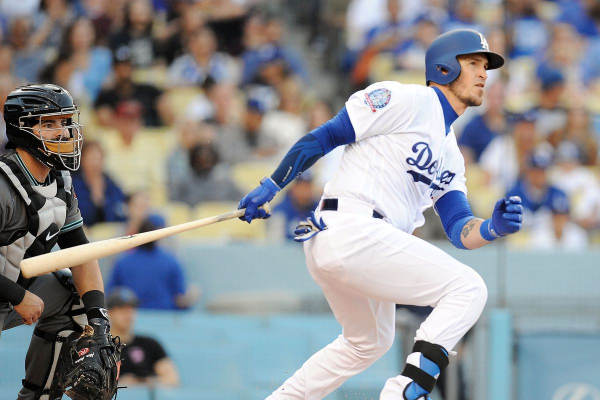 The powerful Dodgers will go for a back breaking 4 game sweep at Colorado Sunday, and the game will come down to which powerful force you think is stronger. The Dodgers have one of the best lineups in the game playing in the thin air of Coors Field, so runs could come in bunches. Or, with one of the best pitching staffs in baseball and the Rockies sending one of their best to the mound, it could look like a normal game.

Tony Gonsolin will face Antonio Senzatela. A pitchers duel would make sense, but can that ever be forecast in Denver? Believe it or not, in this case, I believe it can today.

It Makes Absolutely NO Senzatela

Senzatela is coming off a complete game effort against the Oakland A’s, who also have a very strong lineup. He allowed just 1 run and scattered 6 hits in a 3-1 victory on Tuesday. It’s his best start since throwing 7 shutout innings against the also powerful San Diego Padres on August 29. Here’s the crazy part: both of those games were at home. Denver is where pitching goes to die but Senzatela has actually been significantly better at home this year than on the road. His home ERA is 2.25, which is an incredible accomplishment. It’s not a fluke either as his 4 home starts have come against the A’s, the Padres twice, and the Dbacks. The Dodgers lineup is daunting, but so are the opponents he’s already faced at Coors this year. I LOVE the under in this game, more on that later.

He Should Win a Tony

The Dodgers won’t be sending a slouch to the mound either. Young Tony Gonsolin will make his 7th start of the year. In 7 appearances so far this year, he’s given up more than 1 run only once. He faced the Rockies just two weeks ago and was dominant, allowing just 3 hits through 6 innings with 8 strikeouts. His career Coors Field experience is limited having only thrown 4 innings there, but it’s gone well, allowing only 1 run. As mentioned above, it may sound crazy to EVER forecast a strong pitching matchup in Denver, but this may be the Sunday to do it. Both pitchers are on a roll and throw well in the building.

How Low Can You Go

Over/under bets at Coors Field are unlike bets at any other ballpark in the league. Rooting against runs in this stadium can feel like hoping a chain link fence will stop an avalanche. The runs will come. But that’s why I think this game presents an opportunity. It takes some moxy to bet the under in Denver, and Vegas knows that. This is the game to do it. Not only are the two pitchers not afraid of the place, but the Rockies as a team may be offensively deflated. They came into the series with a shot at the playoffs, but 3 straight losses have basically ended those hopes. Colorado has only scored 10 runs total in the 3 games so far in the series.

When the Dodgers play, they usually win. It’s a pretty easy rule to follow. They also usually win big. The margins in the 3 games in this series so far have been 6, 9 and 5 respectively, so the run line is the play here. Also, the under speaks to me here. You have to lay -115, but do it with confidence as two young hot shot starters get ready to do their thing. If you’re really feeling the Dodger flow, bet the prop on the Rockies scoring under 4.5 runs at +120.