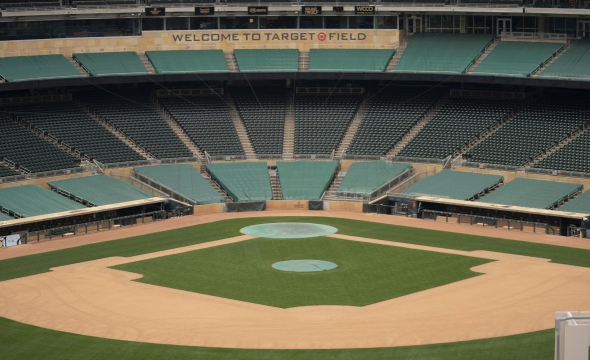 Major League Baseball is scrambling to get back on the diamond in roughly one month. Yet the proposals being offered from either side appear to suggest the players and ownership are growing even farther apart at the moment.

The league’s original return-to-play proposal included an 82-game schedule with significant pay cuts beyond the already agreed prorated salaries. That proposal was met with public scoff from the players, who came up with a proposal of their own five days later.

After careful consideration, the MLBPA sent over its own offer Sunday. This proposal included a 114-game schedule, full prorated salaries, an expanded playoff field for two seasons, and deferred salaries for players making more than $10 million if the postseason were to be canceled.

According to reports, the league is expected to reject that proposal. In the meantime, Major League Baseball is discussing the possibility of playing a 50-game schedule, which would allow the owners to pay full prorated salaries.

Such a move is currently considered a “last resort” and has not yet been proposed to the players.

Because the coronavirus pandemic caused a shutdown across the world of sports, including a delay to the baseball season, players understand they won’t be making the salaries previously agreed upon in contract negotiations.

However, owners and players are far apart on what sort of cut players should receive.

Based on the players’ proposal, which includes 114 games, they would receive 70.3% of their original salaries. A 50-game schedule with full pro-rata would leave the players with 30.8% of that number.

Major League Baseball is considering this 50-game schedule as a last resort due in large part to the fact that, according to owners, playing more games would equal bigger losses without fans able to attend.

Those losses, mixed with the potential to lose massive revenue should a second wave of the coronavirus wipe out the 2020 postseason, have driven owners to push for a shortened schedule.

According to the March agreement between players and ownership, commissioner Rob Manfred has the right to deliver a season schedule after good faith negotiations between Major League Baseball and the MLBPA.

“Based on that feedback received from the Players Association, the Office of the Commissioner will construct and provide to the Players Association, as promptly as possible, a proposed 2020 championship season and postseason schedule (or multiple schedule options) using best efforts to play as many games as possible, while taking into account player safety and health, rescheduling needs, competitive considerations, stadium availability, and the economic feasibility of various alternatives.”

According to reports, there’s a small group of owners willing to cancel the entire 2020 season. While that’s likely a result of expected financial losses, the likes of Baltimore, Detroit, and Miami may be ready to move on to 2021 based on their chances this season.

On the flip side, the Dodgers and Yankees will be eager to make sure a season gets played. Both teams share odds of +350, making them the favorites to win the World Series.