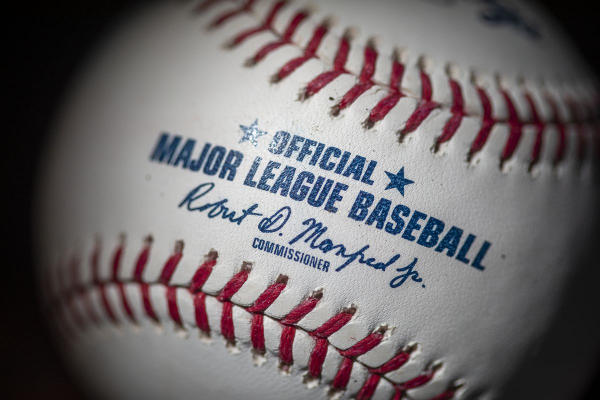 With baseball now set to return, August is quickly shaping up to be a bettor’s dream month as the NBA, MLB, and NHL will be in full swing with the NFL looming. With so much action expected in just over a month, one can only hope that the coronavirus does not wreak havoc as these leagues attempt to return.

It has certainly been a busy week with news stories breaking all over the sporting world. Let’s take a look at some of the biggest stories this past week.

The big news on Tuesday was that Major League Baseball is back. While the league and Players Association were unable to come to an agreement on a deal, commissioner Rob Manfred instituted a 60-game season (a power he had from their March agreement), and the two sides have agreed to health protocols to go along with it.

As a result, players are expected to report to their respective home stadiums by July 1, and spring training 2.0 will start on July 3. The league expects the actual season to begin on July 23 or 24.

According to Jon Heyman, each team will play 40 games within their division and then another 20 interleague matchups against teams in the corresponding geographical division (for example, the AL West will match up with the NL West).

There are still a lot of things that are being sorted through in the agreement, but some of the big changes will include a universal designated hitter for this season and a runner starting on second in the event of extra innings.

Since the two sides weren’t able to come to an agreement on their own, the playoffs will not be expanded, and the universal designated hitter is set for this year only.

Now that we have a season, though, we can start thinking about the implications on the betting world. According to FanDuel, the Dodgers are currently the favorites to win the World Series at +380, with the Yankees (+400) and Astros (+800) following behind them.

Again, the hope is that now that the season is set to begin that it can finish also. Unfortunately, there have continually been more and more cases popping up around the sporting world.

The most recent includes a major part of the Colorado Rockies as Charlie Blackmon, along with two others, have tested positive for COVID-19.

Still, the league is hoping that they can help to mitigate the amount of exposure for its players and staffs and get a season underway next month.

Bradley To Sit Out Rest Of Season

In the world of basketball, the Los Angeles Lakers roster took a hit this week as guard Avery Bradley has announced that he will forego the rest of the season for health concerns surrounding the coronavirus. Most notably, according to ESPN’s Adrian Wojnarowski, Bradley has a son who has a history of respiratory issues and doesn’t want to let possible exposure during a resumed season affect his family.

This season, Bradley has averaged 8.6 points, 2.3 rebounds and 1.3 assists in 49 games. He was averaging just over 24 minutes per game.

Currently, according to FanDuel, the Lakers sit with the second-best odds to win the NBA championship at +260. They only trail the Milwaukee Bucks (+240) and edge out the LA Clippers (+320).