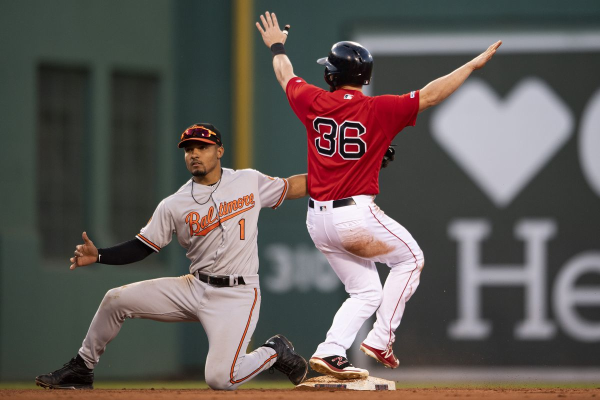 The two bottom feeders in the AL East square off as the (20-34) Boston Red Sox’s take on the (23-31) Baltimore Orioles. Both teams have struggled all season long due to a bad combination of poor starting pitching and lackluster offenses. The Red Sox came into the year bruised after losing MVP outfielder Mookie Betts to the Los Angeles Dodgers.

Both organizations have posted subpar records in their past five games, limping up to the matchup with Baltimore at (1-4), while the Red Socks are slightly better at (2-3). As both teams are almost certainly going to miss the postseason, at this point of the year, the organizations are analyzing their roster up and down for the near future. This means that the Red Socks might potentially be trying out new pitchers in the coming times.

According to FanDuel, Boston opens up the contest as the -1.5-point (+164) favorite. On the other side, Baltimore’s line is situated at +1.5 (-198) and a ML of -106. My pick for Game 1 of the series is Baltimore ML. I would advise you to not even mess with the Baltimore run line, as (-198) provides little value and the Orioles are set up for a commanding victory in reasons I provide below.

On Sunday, Baltimore snapped their losing streak against the AL East leading Tampa Bay Rays. After a much-needed day off, look for the Orioles to build off of that impressive win tonight against the Red Sox’s. If there’s a bright spot for Baltimore this season it’s their record against Boston. That’s not saying much as the Red Sox sit dead last in the AL East, nonetheless, it is a small victory for the organization. Baltimore leads the series against Boston this season at 4-3. I predict them to extend that margin to 5-3 tonight.

Boston is desperately looking for wins down the stretch this season as they look to dodge a last place finish in the AL East for the first time since 2015. However, it will not come tonight against the Orioles.

A Tale of Two Pitchers

Left-handed pitcher Keegan Akin takes the bump for the Orioles, as he is 1-1 on the season and posts a 3.38 ERA in 18.1 innings pitched. Even though his stats don’t jump off the page, Akin has proven to be a consistent presence for the Orioles on the mound with impressive wins over the Yankees and Braves on his resume this season

On the other side, Boston’s struggling pitching staff gives the nod to Nick Pivetta.

Acquired from the Phillies last month in a deal for relievers Brandon Workman and Heath Hembree, Pivetta is making his debut for the smoldering Red Sox. Pivetta has posted an alarming 15.88 ERA in 5.1 IP this season out of the bullpen for the Phillies. Not only is this his first start for Boston, but it’s his first start of the year. His 19-30 career record is nothing to smile or gloat about, as his career ERA is a mere 5.50.

With FanDuel posting the total runs for the game set at 10 (-108), I highly advise you to hammer the over in this contest. Even though the Orioles have been held to one run in each of their last three games, look for the offense to wake up and snap that streak against Boston’s Pivetta who has wielded little success this year. The Orioles offense will get back on track in a favorable matchup against the Red Sox’s.

My final score prediction for tonight’s matchup is Baltimore 9-4 over Boston. Look for Baltimore to score often and early, as they work their way through Pivetta and into the depleted Boston bullpen.