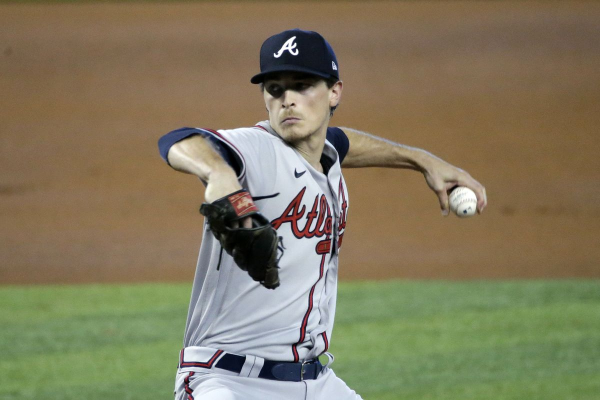 Monday night features an interleague matchup of eastern teams as the Atlanta Braves (18-14) travel to Fenway Park to take on the Boston Red Sox (12-22). This will be the first of a three-game series between the two teams, and first pitch for this one is scheduled for 7:30 pm ET.

Monday is also the trade deadline, but neither waited for the deadline to make moves. The Braves acquired starting pitcher Tommy Milone from the Orioles while the Red Sox shipped off slugger Mitch Moreland to the Padres as they look to sell at the deadline. Keep an eye on the newswire, though, as both of these teams could continue to make moves leading up to the deadline.

In terms of standings, the Braves are three games ahead in the NL East. The Red Sox, on the other hand, currently sit in dead last in the AL East, over eleven games behind the division-leading Tampa Bay Rays.

Offensively, Atlanta has been the better of the two teams this year in terms of runs scored. They rank 9th in the majors in runs per game at 4.91. The Red Sox come in 18th averaging 4.55 runs per game.

The Braves are coming off of run-fest on Sunday night, where they scored 10 runs in the 2nd inning. They won the game 12-10.

On the defensive side, it is once again the Braves who come out with the advantage. They rank 10th overall in terms of runs allowed per game at 4.25. The Red Sox come in dead last as they are giving up an average of 6.18 runs per game.

The Atlanta Braves know that their division is stacked top to bottom. In fact, only six games separated the entire division. As a result, a bad week can find them losing their grasp of the top spot. For that reason, the Braves will try to take advantage of a struggling Red Sox and look to pick up wins as the end of the regular season approaches.

Pitching is what will make or break the Braves, though, which is why they acquired a starter on Sunday and may look to do more shopping before the deadline hits. Max Fried will get the start on Monday and he has been dominant.

Red Sox Trying To Figure Out Where They Stand

All the way around, this has just been a rough year for the Red Sox. They lost Chris Sale before the season even started, their superstars got off to slow starts, and they find themselves as sellers at the deadline. They must now determine what they have going into the offseason, as it looks like the playoffs will be out of the picture.

Despite a slow start, one player who has turned his season around is Xander Bogaerts. The star shortstop is now hitting .302/.364/.569 with eight home runs, 22 runs batted in, and 19 runs scored.

Another positive has been Alex Verdugo. Acquired for Mookie Betts in the offseason, he is hitting .291/.352/.496 with five home runs, 12 runs batted in, and 21 runs scored.

There just isn’t much to like about the Red Sox right now. Their offense is average at best, and their pitching is atrocious. They are relying on a starter that hasn’t gone more than four innings against one of the best teams in the National League.

For my money, I am taking the Braves to win easily in this one.

After extending their hot and San Diego’s cold streak, the Seattle Mariners will be looking to leave Petco Park with a two-game sweep as they take on the Padres this afternoon. Yesterday, the Mariners pounded out a dozen hits and plated eight runs, and Chris Flexen pitched 6.2 shutout innings to collect his third straight END_OF_DOCUMENT_TOKEN_TO_BE_REPLACED