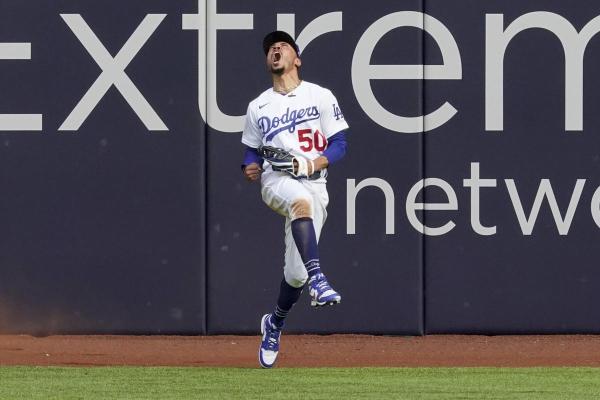 From 16 teams, we are finally down to two. The Tampa Bay Rays and the Los Angeles Dodgers have prevailed throughout a long and grinding postseason to take on each other in the World Series. The World Series will start on Tuesday at Globe Life Park in Arlington, TX.

The Tampa Bay Rays beat the Toronto Blue Jays in the wild card round and the New York Yankees in the divisional round. Ultimately, they were able to take down the Houston Astros in the ALCS to get to the World Series. After going up three games to none, the Astros fought back to even the series, but the Rays prevailed after winning Game 7.

For the Dodgers, they went through the Milwaukee Brewers and San Diego Padres before ultimately facing off with the Atlanta Braves in the NLCS. After going down three games to one early, the Dodgers stormed back and won three in a row, including a 4-3 victory in Game 7.

According to FanDuel, the early moneyline for the World Series favors the Dodgers. Los Angeles currently sits at -200 to win it all while the Rays are at +160 to win the World Series.

Offensively, the Dodgers were the best team in baseball at scoring runs. They ranked atop the list of runs per game at 5.83. The Rays came in 13th averaging 4.68 runs per game.

Despite their success in scoring runs, the batting averages are modest at best. The Dodgers rank 10th in batting average at .256 while the Rays rank 22nd at .233.

Defensively, these are two of the best in all of baseball. The Dodgers rank first in runs allowed per game at 3.58 while the Rays rank 4th at 3.76.

If you had never heard of Randy Arozarena before the playoffs, you probably have now. The young Rays’ outfielder has been sensational all postseason.

With the combination of starters like Charlie Morton, Blake Snell, and Tyler Glasnow paired with bullpen arms like Pete Fairbanks, Diego Castillo, and Nick Anderson, the Dodgers’ bats are going to have their work cut out for them.

Dodgers Out to Prove Dominance

Speaking of the Dodgers, they have put on a hitting clinic thus far this postseason. In 12 games, they have hit .256/.355/.456 with 18 home runs, 66 runs batted in and 69 runs scored. Between their bats and their arms, it was no wonder they were the best team in baseball during the regular season, and they are trying to prove that true in the postseason as well.

On the pitching side, they have ranked 5th out of all postseason teams in ERA. They are 9-3 with a 3.36 ERA, 1.20 WHIP, and 123 strikeouts in 107 innings this postseason. One concern for the Dodgers, though, will be the health of Clayton Kershaw.

After being scratched in the NLCS due to back spasms, the Dodgers hope that he will be good to go in the World Series. Throw in the likes of Walker Buehler, Julio Urias, Brusdar Graterol, and others, and this is a tough Dodgers staff to have to go up against.

Taking The Dodgers In Six

As good as the Rays’ pitching is, they haven’t seen an offense like the one they are about to see. The Dodgers are deep not only throughout their lineup but off the bench as well. This is a team that can grind at the plate and really can wear out opposing arms.

One advantage that the Rays have is the off days. In every series thus far, there have been no off days throughout the entire series. That makes managing bullpens even trickier, and for a team that relies heavily on its bullpen, they started to show cracks during the ALCS. With the ability to have off days sprinkled in, though, that will help the Rays keep their arms fresh throughout.

At the end of the day, the Dodgers are just the more well-rounded team. They can do it offensively, defensively, and on the mound.

While I would give the Rays the advantage in their rotation and bullpen, it isn’t enough to offset the Dodgers’ strong advantage at the plate. Take the Dodgers to win it all.