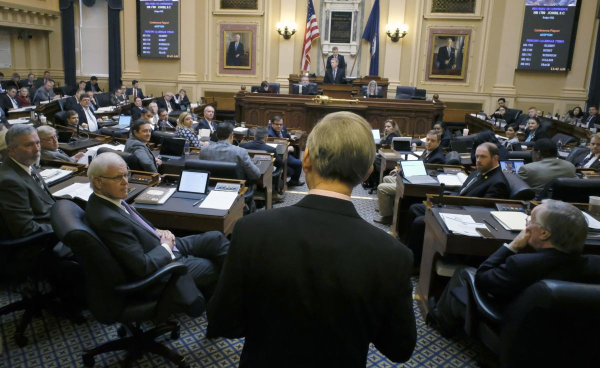 The House and Senate have both approved bills, but each has different language, so which one of any will win out?

With the 2020 legislative session in full swing in most states, the online gambling industry is watching intently as states introduce, debate, and vote on sports betting legislation. While some states introduce one single bill, some like Virginia offer the House and Senate different versions of bills to discuss and ultimately vote upon. With the deadline rapidly approaching for the Virginia legislature to pass bills to keep them up for debate in this year’s session, two different bills – HB896(with accompanying SB384) and HB911 – were both passed initially. This means there is now some time to debate the merits of both and decide which, if either, will be voted into law.

Each Bill has its own “interesting” language

When you take a look at the language in each of the two bills, industry experts immediately notice the differences between the two bills, followed quickly by some red flags that each of the bills exposes. HB911, for example, would see a ban on betting on all college sports, not just on those in local regions. With the massive popularity of college sports across the country, having some sort of ban on some or all college sports betting would only serve to drive bettors to find an alternative, likely in the offshore industry, which has not disappeared in the face of regulations.

One part of the bills that may cause extra debate and a slowdown outlines that operators must use official league data to manage their pre-game and in-play betting lines. This is a costly measure that is being lobbied for by the professional leagues as a way to get their piece of the action across the American regulated sports betting market. It is difficult to say if Virginia will keep this language in the final version of the bill.

The tax rates and license fees outlined in each of the bills is also a source of debate. HB 896 has the potential for up to 10 mobile sports betting licenses, but the final number would be at the discretion of the Virginia Lottery, which would serve as the governing body for sports betting. This bill would have operators paying a 20% tax rate on sports betting revenue, which would place Virginia near the highest tax rate of any state that has passed legislation to date. An upfront license fee of $250,000 for three years, followed by a $200,000 renewal, is a nice way for the state to pad its bottom line in early stages of the industry. HB911 is far more relaxed when it comes to the economics, as it features a 10% tax rate, no written limit on licenses, and a $5,000 license fee. It is clear that somewhere in the middle on all fronts would put Virginia in line with other legal jurisdictions, and would be the best course of action for all potential licensees.

Even more, confusion coming from committee

The Virginia Senate sent SB384 to committee, and this week it has come back with some new language that has very many people intrigued. While the tax rate has been suggested now at a more palatable 15%, there is a new clause that would see a sports franchise that is operating in the state. What makes this curious is that there are currently no professional sports teams that operate out of Virginia, fueling rumors that the Washington Redskins are considering a move. Regardless, the new language seems to be a step in the right direction even if it is muddling the waters a bit.

The bottom line is that with two bills being studied and debated, the odds are getting better every day that Virginia’s government will and on language that works for everyone. With the language cleared up, the road will be paved for a vote, bringing residents of the state tantalizingly closer to being able to bet on their favorite teams from the comfort of their homes. The state legislative session does not end for a couple of months, so there is still time for more discussion, but legislators seem to have their feet on the gas pedal to get this sports betting initiative across the goal line in 2020.