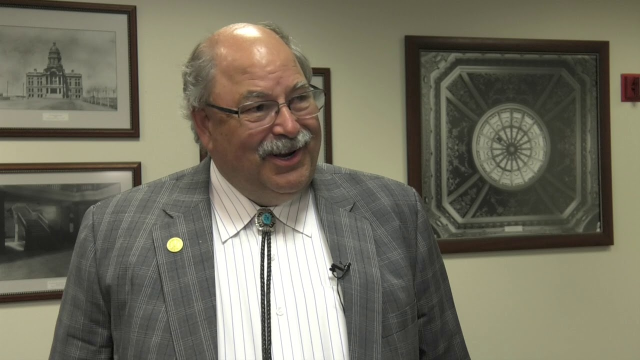 The northwestern state is looking to get into sports betting with its own version of legislation, joining 20 other states with bills in process this year.

It appears that this year’s sports betting legislation cycle is in full swing, as more states are getting in on the action trying to pass bills before the end of their states’ legislative session ending. Wyoming is the latest entrant in the fray, with a sports betting bill being introduced on February 12th to the House Floor.

Wyoming was one of the only states that had not introduced legislation of any kind regarding sports betting until Representative Tom Walters and Senator Ogden Driskill brought House Bill 0225 to the government. This can likely be attributed to the lack of professional sports in the state – the states that have multiple urban centers with teams across the professional leagues were more anxious to start the process to legal sports betting. That isn’t to say that Wyoming residents aren’t sports fans – there is a robust college market, and while the region is a little more remote, there are teams close enough to have an allegiance.

What is interesting about the language in HB 225 is that the bill focuses on mobile and online betting. This is different than many of the other bills being discussed in other states or those that have already passed, which have included a retail component. Of course, there aren’t many states that are as spread out from a population standpoint than Wyoming, and with no land-based gaming facilities lining up to get their piece of the pie, having an online-only model would work best for the state and for its residents.

Based on the current language of the bill, the minimum age for sports betting in Wyoming would be 18, which is lower than many of the states that force players to be 21 (the same age as land-based gambling). There is no set number of licenses outlined in the bill, but there is a modest $20,000 license application fee with an annual renewal of $10,000. This is refreshing to see as many states are using the excitement of operators to enter a market as an excuse to charge them huge upfront fees (we’re looking at you, Pennsylvania).

Tax rates that are being proposed on sports betting revenue are listed at 16%, which is a totally fair amount. This percentage would put Wyoming in the middle of the pack compared to the rest of the country.

Not a perfect bill

Of course, every sports betting bill seems to have something that requires further discussion, and with HB 225, it is the language about what sports are prohibited. The Wyoming bill would see betting on any college event being hosted in Wyoming or any featuring Wyoming teams regardless of location prohibited for residents. This is a measure that many states have considered, but the end result of this decision would mean that Wyoming residents would look elsewhere to make bets on local college teams, which plays right into the hands of illegal offshore sites. Those sites, by the way, are mentioned in passing in the bill with a fine to be imposed on any operation taking Wyoming players that isn’t licensed. However, this is unlikely to stop the illegal sites from offering odds on local teams to players willing to create accounts.

The sponsors of the bill would like to see a vote take place soon, as their mandate is to have HB 225 become law in time to have sports betting launch in Wyoming no later than January 1, 2021. The bill is currently in committee and will be discussed more before making its way to a vote.