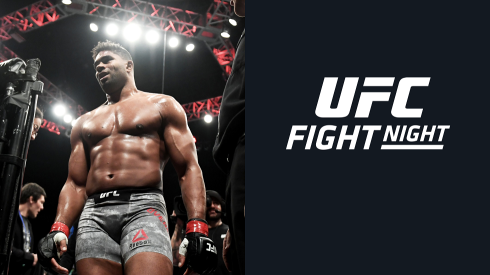 The main event of Saturday’s card, sees heavyweight legend Alistair Overeem take on the Dana White’s Contender Series product, Augusto Sakai. Overeem is coming off of a second round stoppage victory, over Walt Harris this past May. Respectively, Sakai is coming off of a very close split decision victory over Blagoy Ivanov, also in May.

The biggest discrepancy between these two fighters is experience. Overeem has been fighting professionally for over 20 years now, with a total of 55 MMA fights (46-18-1). He has an absolutely ridiculous amount of experience, and has fought the who’s who of fighters throughout his illustrious career. Sakai on the other hand, has only 17 career fights (15-1-1). Sakai is primarily a striker, with a strong Thai boxing background. He has a brown belt in Brazilian Jiu-Jitsu, but has no submission wins, or submission attempts on his MMA record. Sakai has shown solid takedown defense throughout his UFC career, and will likely look to keep the fight standing on Saturday night. He generally likes to come forward and overwhelm his opponents with pressure, while also engaging in a Thai clinch, delivering devastating knee and elbow strikes.

Too Much to Handle?

Unfortunately for Sakai, there may be no fighter in heavyweight history that can deliver strikes in the clinch quite like Alistair Overeem. When looking at Overeem’s fights against opponents such as Mark Hunt, and Alexey Oleynik, Overeem is able to control his opponent in the clinch, while delivering brutal knee and elbow strikes. He is an absolute master at controlling his opponents wrists and posture in the clinch, leading to openings for knockout blows. Engaging in the clinch could spell disaster for Sakai, as Overeem’s savvy experience may be too much for Sakai to handle at this stage in his career.

However, one area in which Sakai has a major advantage is in his durability. Sakai is extremely durable, and has shown the ability to take big shots and continue coming forward. Respectively, Overeem, especially as of late, is not typically known as the most durable heavyweight. He has been knocked out a number of times, and is not exactly known for having an iron chin. Overeem found himself in trouble in his last fight against Walt Harris, where he ate some big shots early in the fight, but ultimately was able to survive and take home the victory. If Sakai can manage to land some big shots on Overeem early, he may be able to put the veteran down. Sakai’s best bet may be to turn this fight into a dog fight, as Overeem is too skilled and savvy in every area of the game for Sakai to hang with him. As seen in the Arlovski fight, Sakai has shown the tendency to plot forward and follow his opponent around the octagon, as opposed to cutting the octagon off. If he falls into this habit against Overeem, he will be walking into a plethora of traps and surprises, that could cut his night short.

Ultimately, Alistair Overeem should win this fight. He is superior in almost every aspect of MMA, and has a wealth of experience to lean back on. However, Augusto Sakai is an extremely tough and durable, up and coming prospect. If he is able to pressure Overeem early, he has a chance to connect and put Overeem out. With heavyweight power, it only takes one mistake from Overeem for Sakai to end the fight. But in the end, Overeem’s experience and elite technical striking and clinch work will likely be too much for Sakai to handle, leading to a late stoppage victory, or an easy decision win for the Demolition Man.