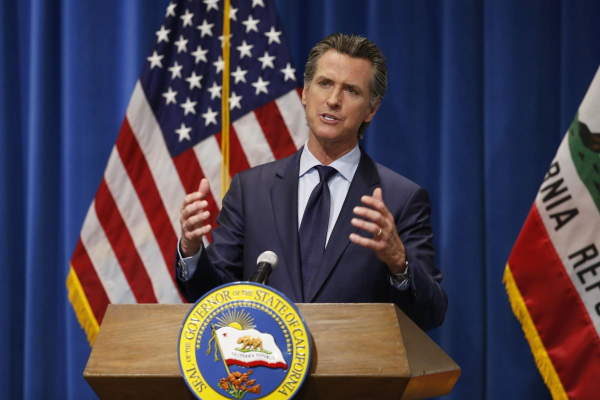 Since Utah Jazz center Rudy Gobert tested positive for the coronavirus in mid-March, the sports world has been halted. Now, California, Texas, and New York — some of the states with the strictest preventative measures in place — say sports can return in their respective states within the next few weeks.

From UFC to golf to the Bundesliga, Germany’s top soccer league, the return of live sports has begun to trickle in, but only now does it appear that the way is paved for sports to step toward some level of normalcy.

The nation’s major sports that should be in season right now — NBA, MLB, and NHL — remain sidelined for the moment, but each is endeavoring to get back to the court, field, or ice. Now that California, Texas, and New York have all said sports can resume by the “first week or so of June,” experts are expecting official return announcements for those major sports.

Still, no fans will be allowed to attend contests when they do resume. That prospect will weigh heavily on the likes of Major League Baseball, which receives roughly 40% of all revenue from ticket sales and other gate-related income.

Both the NBA and NHL are expected to play postseason contests very soon after restarting, and the MLB is discussing an 82-game season with an expanded playoff field.

Governors Give Sports Their Blessing

Finding an avenue back toward live sports has been a collective effort between players, leagues, health experts, and government officials. The pieces of that puzzle appear to be falling into place as governors from California, Texas, and New York have given the go-ahead for the resumption of sports without fans in attendance.

California Governor Gavin Newsom has given the latest start date, saying sports could return in his state “without spectators and with modification and very prescriptive conditions” by the opening week of June if hospitalizations and coronavirus cases continue to decrease.

Texas Governor Greg Abbot has set the restart date at the end of May and added that Little League baseball could resume as long as parents and other spectators follow social distancing guidelines.

New York Governor Andrew Cuomo has joined his peers. “Hockey, basketball, baseball, football — whoever can reopen — we’re a ready, willing and able partner,” Cuomo said. “I think this is in the best interest of all the people and the best interest of the state of New York.”

Cuomo made that announcement during a briefing in Buffalo, NY. He added, “Personal disclosure: I want to watch the Buffalo Bills.”

Previously, governors in Florida and Arizona said professional sports could return in their respective states.

Champions Yet to Be Crowned In NBA and NHL

While baseball is eager to get its season started and college and pro football seek to begin preparations for their fall seasons, the NBA and NHL are aiming to finish their 2019-20 campaigns.

Both leagues should currently be in the middle of postseason competition, yet neither is fully prepared to begin games for the first time since March.

When play does resume, the NBA is expected to come down to a three-team race. The Bucks, who lead the Eastern Conference with a record of 53-12, own league-best odds of +240 to win the NBA Finals. The 49-14 Lakers (+270) and 44-20 Clippers (+340) are the only other teams within shouting distance of Milwaukee.

In the NHL, the list of contenders is much more convoluted at the top.