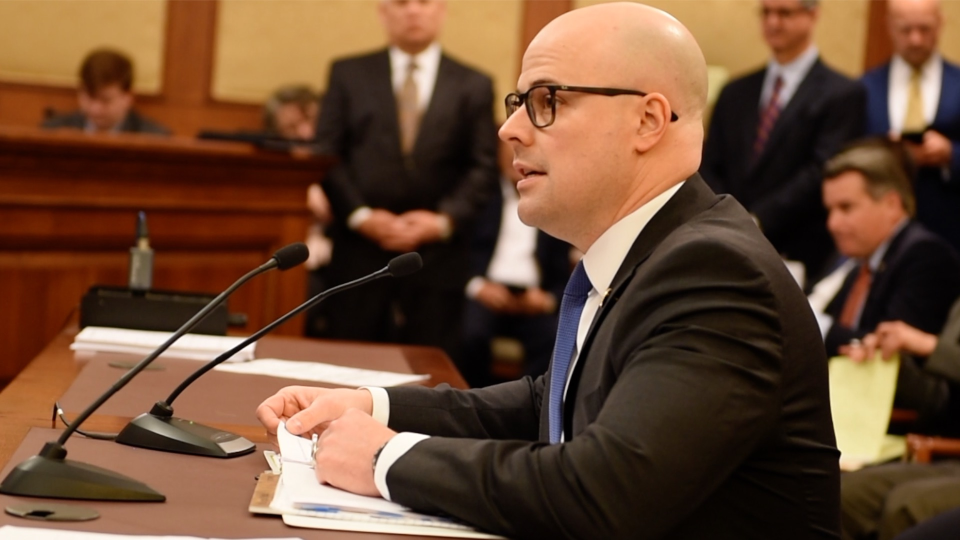 Missouri is eyeing to authorize sports betting in the state, with three lawmakers devising anticipated sports bills to achieve the same. Several Republican senators, including Tony Luetkemeyer for Parkville, Denny Hoskins for Warrensburg, and Caleb Rowden for Columbia, have all submitted pre-filed bills, weeks before the 2021 parliamentary session commences. While all the three bills focus on legalizing sports betting in Missouri, several details such as tax fees, application fees, annual licensing fees, and other details differ.

Denny Hoskins’ bill is filed as SB 18. It is the only bid among the three requiring sports operators to contribute royalty fees to the government. Ideally, this means that sports operators will contribute a certain percentage of cash gambled on or in their platform to sports control boards.

This means 0.25 percent of gross gambled money will be sent to professional leagues to help grow their operations. It also requires another 0.25 percent of the money collected from bets on National Collegiate Athletic Association Division I events to go to Missouri programs. Other details included in the bill are:

Tony’s proposed bill is tagged as SB 217. The bill asks the state to forbid college player prop bets. If this bill passes, the state will disallow sports operators to provide bets relating to the possibility or non-possibility of something happening during a game that won’t affect a game’s outcome. According to this bill, bet markets such as “specific player to score first” will not be allowed in Missouri as they don’t affect the final result of a game. Ideally, a player can score first, and his team fails to win the match.

One thing that is missing in Tony’s bill is the mention of branded online licenses that would require Missouri State to have 13 online sportsbooks via casinos already present in the state. Other things included in SB 217 are:

• Tax rate of 6.25 percent on all gambling income

The senator of Republican Colombia, Rowden, also has a bill to his name, filed as SB 256. If this bill passes to law, it will require sports governing bodies to control bets on several events, limiting or eliminating these bet markets from sportsbooks. SB 256 is the single bill without a line about royalty fees or the ban of prop bets. Other things included in the bill are:

During one of the 2020 legislative sessions, several Missouri legislature introduced sports wagering bills, but none was approved. This was despite a report in 2019 on KY3 in which the Eilers & Krejcik Gaming Managing Director Chris Krafcik said that Missouri would collect up to $95 million in tax income from the sports gambling business.

The current law in Missouri indicates that tax revenue collected from casinos should go to school systems. If one of the three senator’s bills passes, the revenue will still go to the education system.