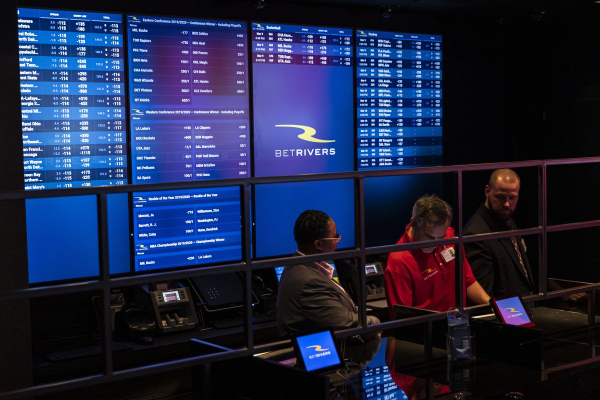 Sports bettors in Illinois have been waiting for this announcement for some time, and now it is here: sports betting is going to launch in the state next week.

With the NCAA Men’s Basketball tournament set to tip-off next week, the state confirmed earlier rumors that sports betting would be running by then with the announcement that several land-based sportsbooks have received temporary permits to launch land-based retail shops in advance of the tournament. The first of these books is set to take its first bet on March 9th when the Twin Rivers Casino in Des Plains opens the door to its sportsbook.

In discussing this exciting and historic moment, Corey Wise, Senior Vice President and General Manager of Rivers Casino, said: “The BetRivers Sportsbook will take March Madness out of the office pool and into an exciting, elevated live sports wagering experience.” He continued, “We are grateful to the Illinois Gaming Board staff for their work approving our sportsbook in time for the college basketball tournament—one of the greatest sports events of the year.”

Not the only game in town

While details have yet to emerge about when these books will launch, there were other temporary land-based sportsbook permits issued by the state. These went to the following operations:

While there are several other potential sportsbook operations in the state, these are the only ones that appear to be ready for launch in time for the massively popular college basketball event.

At this stage, there have been no temporary online license issues. This is a smart move, as it would give these companies an unfair advantage on those that are not ready to launch for March Madness. Further, issuing the online licenses would likely trigger the clock starting on the 18-month delay facing sites like Fanduel and Draft Kings that were determined to be “bad actors” and forced to wait their turn for a license.

What can bettors expect?

With only retail betting available for the tournament and onwards, the general betting public may not be all that excited to make their way to one of the locations. What those that do decide to take the trip will likely find when they arrive is something incomplete and chaotic. Each sportsbook will be in its own state of construction, with some further along than others. There will also be a learning curve for those approaching the betting window and those on the other side of the counter, so bettors can expect things to move relatively slowly at the beginning.

No online betting means that there won’t be much of an option for those who want to make any in-play bets. With the wild lead changes and point swings that typically take place in college basketball, that may be a big disappointment for players in Illinois, and it may drive some of them back to the offshore sites if the overall experience at these retail sportsbooks isn’t up to standard.

In the long run, this is a great day for Illinois sports bettors. It is important to remember the significance of taking that first legal sports bet and how far the state has come to get the bill passed and licenses issued. Governor Pritzker said he wanted to have sports betting live by March Madness, and while it is only scratching the surface of what the industry will be when all the licenses are issued in full, avid basketball fans will tell you that he future is now.

Vincent B17 hours ago

Vincent B20 hours ago

Vincent B21 hours ago