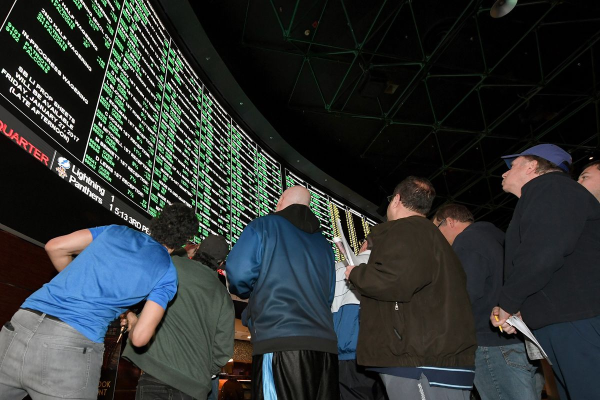 Big news for any sports bettors that currently live in Tennessee as a state panel approved the licenses for three sportsbooks operators on Wednesday. These licenses have only been conditionally approved however.

More meetings are scheduled between the sportsbook operators and the panel, but it’s a good first step for gaming in the state. Tennessee joins a list of states that are relaxing their gambling laws and looking to generate more revenue, especially during a pandemic.

Throughout the last few years three companies have emerged as the “Big 3” of online gaming, two of whom originally cornered the market with fantasy sports. BetMGM, FanDuel, and DraftKings all got their Tennessee licenses approved and can move forward with meetings scheduled for the first two weeks of October.

The latest information is more blockbuster news for DraftKings shareholders, only days after their deal with ESPN was announced. DraftKings is moving swiftly in its journey to become the juggernaut of online gaming and with approval from the Tennessee panel, they inch even closer.

FanDuel has taken somewhat of a backseat with the emergence of DraftKings. Controversies dating back to 2016 has slightly sullied the betting platform but after getting approval from the Tennessee panel, they can continue growing.

FanDuel has made their splash in the world of golf. The betting platform has landed an exclusive deal with The Payne Stewart Family Foundation to become the official sports betting and fantasy partner for their charity event, the Payne’s Valley Cup Charity Golf Match.

This surge in deals by FanDuel is a good sign that the company will likely get more applications approved and expand to more states that are considering online betting.

BetMGM has been making deals across the globe so it’s no surprise that they’re involved in the Tennessee expansion. On September 17, BetMGM was named as the first official sports betting partner of the Las Vegas Raiders.

Shortly after announcing the Raiders deal, BetMGM also entered into a partnership with Playtech, an online casino platform, extending their presence into New Jersey.

BetMGM has added Actor Jamie Foxx as a spokesperson and landed a partnership to become the Detroit Lions official betting partner. Now that they’ve gotten their license approved in Tennessee, look for them to try and leverage Playtech into the deal as well.

What Does This Mean For Tennessee?

Tennessee could potentially have three user-friendly new platforms to wager on. Gambling bolsters the economy and can fund many state projects, Nevada is a prime example of that.

With the pandemic temporarily closing casinos, online betting has skyrocketed. If a state wants to continue bringing in revenue during a situation such as this, opening the doors to online sportsbooks is a smart move.

Tennessee is also calling all the shots on this deal, much like they have in previous years. There is currently no limit on sportsbook operators.  in the state. However, if one of the emerging companies that has been approved offers a sweeter deal for the state, exclusivity is an option.

Not long ago Tennessee lawmakers passed a law stating that people over the age of 21 could place bets as long as they are physically in the state. Although this law went into effect in 2019, the lottery is able to place restrictions on it considering they’re the controlling party of sports betting in the state.

After the new deal with these online sports juggernauts it’ll be interesting to see if that control shifts.

Tonight, two pitchers whose records could use a little polishing match up as the St. Louis Cardinals welcome the Miami Marlins to Busch Stadium to open a three-game series. Cardinals hurler Adam Wainwright has not picked up a win since May 20, while Pablo Lopez’s win in his most recent start last week was his END_OF_DOCUMENT_TOKEN_TO_BE_REPLACED