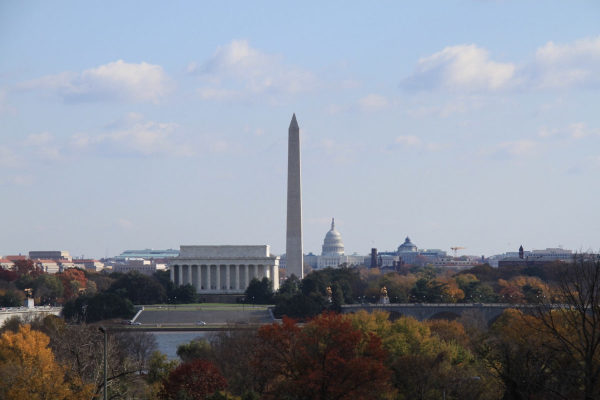 Washington D.C. can’t seem to catch a break when it comes to sports betting. Back in March 2019, the nation’s capital legalized America’s new fascination. However, that was just the start of the long and winding road they’ve endured over the past year.

It was just two weeks ago that the Office of Lottery and Gaming said that it would have legalized sports betting up and running by the end of the month. That would have coincided with a great wealth of sports on the calendar, including the NCAA College Basketball Tournament, NBA, NHL, and the start of the MLB regular season.

Unfortunately, COVID-19 is running wild on the entire world at the moment. With virtually everything shut down and the risk of passing the virus onto another at an all-time high, what’s the point of rolling out sports betting right now? After all, there aren’t a ton of options on the board for people to bet on anyway.

“The Lottery’s sports wagering mobile and web platforms are tested and ready to go live,” according to a statement from a D.C. Lottery spokesperson. “These platforms would be launched tomorrow if there were live sports available for consumers to place wagers.”

This decision is more of a responsible one for Washington D.C., rather than a no-brainer. People are starting to bet on video games and other virtual contests that have little-to-no information on them, making it a game of chance in the truest form of the definition.

“At this time, almost all professional leagues around the world have suspended play indefinitely due to growing concerns around the COVID-19 virus and, as a consequence, there are little-to-no games or bets to offer,” said the spokesperson for the D.C. Lottery. “This goes for the Lottery’s offering, as well as any other sportsbooks operating in the U.S. and globally.”

Washington D.C. was initially supposed to have sports betting ready to go by September for the start of the NFL season.

However, things took an awkward turn when lawmakers tried to give a no-bid contract to Greek gaming legends, Intralot, to oversee the mobile betting. D.C. even had a lawsuit over this no-bid contract, and a judge temporarily (or what seemed like forever) did not give the city the green light to officially begin wagering.

In the end, Intralot wound up getting the contract for $215 million and basically wasting a lot of people’s time.

“The Lottery is committed to maximizing revenue generated for the District through the responsible management and sale of innovative and entertaining game offerings,” said the Lottery spokesperson.

Whenever things do get back to normal, it’s going to be exciting to see this D.C. sports-betting ordeal come to a reality. At Capital One Arena, home of the NHL’s Washington Capitals and the NBA’s Washington Wizards, William Hill will have a sportsbook there. Not to mention, MLS’s D.C. United is in talks with Caesars Entertainment to open a sportsbook there as well.