Sportsbooks Willing To Try Anything During Coronavirus Outbreak 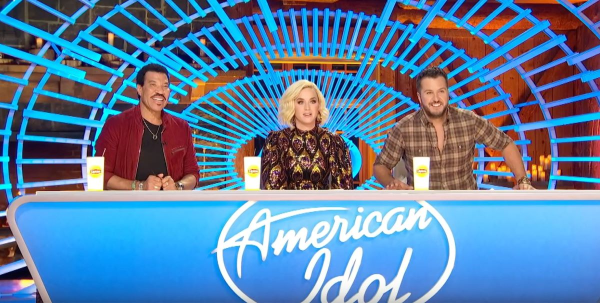 Folks, we may have just seen it all at this point. During the coronavirus outbreak, people have been told to stay inside their homes, which has made for some of the most interesting forms of entertainment.

Sports bettors, in particular, are finding just how far they’re willing to go to make an extra buck.

With everything, including the NCAA Tournament and all of March Madness, being canceled or suspended, the masses have now started betting on the weather. Yes, the weather. In fact, you can bet on anything from temperatures to wind gusts. How exciting.

“We’re trying to cope with the loss of sports,” said Pat Morrow, the head oddsmaker for Bovada Sportsbook. “You’re probably talking about an individual loss of freedom, people are going to start feeling a cooped up more sooner than later and if we can just have those little breaks, whether it’s betting on something silly … we’re all just trying to find different outlets to forget what’s happening.”

Not only is weather on the table, but we’re also starting to see certain television shows like American Idol, Westworld and Big Brother make their way into the market. Options like certain songs on American Idol to who’s doing what on Westworld to who’s getting booted next on Big Brother are all for the taking.

“I have a feeling they’re not the sharpest lines so there’s probably some opportunities there for players,” laughed Morrow.

In fact, the German version of Big Brother has a bit of a conundrum on its hands. The show, which is predicated on seclusion, hasn’t even told the contestants yet about the coronavirus outbreak.

Bettors will have quite the field day dealing with that bit of information and then watching it run like wildfire.

In addition to the television shows, we’re even starting to see an influx of betting options for the presidential elections coming up.

“We’re allowing ourselves an opportunity … to not take ourselves too seriously, to try and inject some levity in there, we’re trying to put some stuff out there that’ll be a little fun,” said Morrow. “Just for our own sanity and mental health, it’s great we have that opportunity to do that, and hopefully, for a lot of players we can provide an outlet.”

Who knows? Perhaps, this could bring some people that don’t usually bet on games into a different way of thinking about wagering. After all, we’re in a totally different world at the time.

However, other countries are still rolling ahead with their games as scheduled.

“Turkey and South America still has a very large sports schedule,” said Morrow. “So soccer and basketball that’s taking place in Argentina and Brazil that wouldn’t have as much betting interest prior to where we are on March 17, now we’re seeing bettors just because it’s basketball just because it’s soccer getting engaged in ways they wouldn’t otherwise.”

This is truly a new world that we’re all living in. Never did we, as bettors, ever think that international sports and reality TV shows would ever become the thing we’re most tuned into.

The NCAA Tournament was supposed to be in full force these next few days, and now we’re wondering if Arthur Gunn will do anymore Black Crowes performances – that was about as close as it gets on general American Idol research.

Hopefully, this coronavirus scare blows off in a month or two, and everything goes back to normal. In reality, it seems like people are finally starting to realize the sentiment that reads, “you don’t know what you have until it’s gone.”

Sports, we truly miss you, baby.