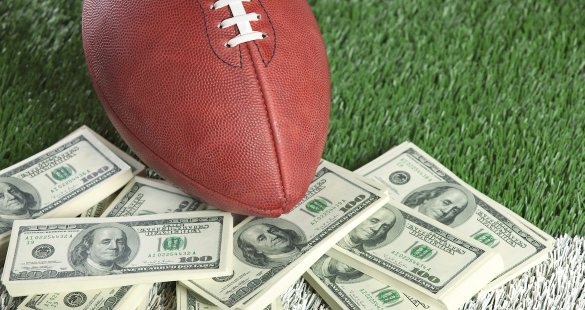 The favorites had a difficult time covering in Week 8 of the NFL season. The four favorites with the most money on them going into week 8: The Packers, Buccaneers, Titans, and Bills all failed to cover the spread. The underdogs prevailed in these matchups as the Vikings upset the Packers in a pivotal NFC North matchup. On Monday night, the Buccaneers were a 13-point favorite against a frisky New York Giants football team and failed to cover in primetime. The Titans lost straight up against the Joe Burrow led Cincinnati Bengals, while the Bills merely edged out the depleted New England Patriots.

I expect these four teams to bounce back after poor Week 8 performances.

MVP Odds: Will Russ Run away With It?

Fanduel lists Seahawks quarterback Russell Wilson (-160) as the heavy favorite to take home the prestigious MVP award. Vegas believes it is almost a sure thing at the halfway point of the season that Wilson will take home the award. Wilson is a heavy favorite over the likes of Patrick Mahomes (+350), Aaron Rogers (+900), and Tom Brady (+950). Wilson is on track for over 4,500+ passing yards, along with 50+ touchdowns. However, the value is too good to pass up on the other three elite quarterbacks trailing behind him.

I believe Wilson’s numbers will slightly dip in the second half of the season, and I expect Mahome’s numbers to rise after a breakout five touchdown performance against the Jets on Sunday.

Last Week, the Nets added Mike D’Antoni to the Steve Nash led coaching staff, giving their odds a boost to (+1000). The Nets will finally have a healthy Kevin Durant and Kyrie Irving, as they return to the lineup for the 2020-21 season. As of right now, the Nets have the fifth best odds to win the Championship. The Nets have the second-best odds to make it out of the Eastern Conference, trailing only the Milwaukee Bucks’

I love the value with the Nets at +1000, with the only threats to them in the East being that of the Bucks and Celtics. It is hard to bet against a Kevin Durant led Nets team, as he seeks to regain the title as the best player in the NBA after sitting out a season due to an Achilles injury.

The new favorites to win the Heisman are Ohio State’s Justin Fields (+150) and Alabama’s Mac Jones (+150), with Trevor Lawrence falling to (+150) after being sidelined for the immediate future due to Covid-19. I give the edge slightly to Mac Jones out of Alabama, because of the fact that I believe Alabama is a sure thing to make the College Football National Championship. Not only is Jones lighting up the stat sheet, but he is doing so without his top receiver Jaylen Waddle who is out for the rest of the season with a knee injury. Ohio State will likely win the Big Ten, but the fact that their season started later will affect Justin Fields Heisman chances down the stretch.

At this point, I think it is impossible that Trevor Lawrence can win the Heisman. He already missed last week’s game against Boston College, and will now miss the blockbuster matchup against Notre Dame with Saturday. Missing more than two games in this shortened Covid-19 season is too much to come back from to win the Heisman in my opinion.