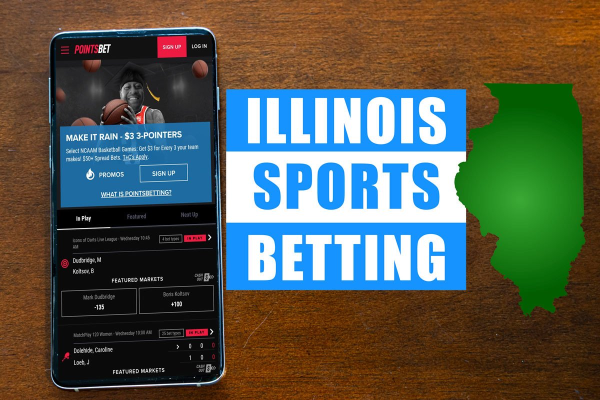 2020 will go down as one of the worst financial fiascos in modern history. According to new reporting by the Chicago Sun Times, Illinois came up with a $200 million tax revenue loss in the last five months due largely in part to COVID shutdowns. In spite of that, sports betting in the state has still allowed Illinois to make record profits.

The tax revenue for the fiscal year fell by almost 14%, a staggering loss that is affecting programs like education reimbursement state officials said. However Illinois is not in the worst shape it could be, thanks to the revenue from legalized sports betting.

Betting in Illinois officially went live on March 9th 2020 as Rivers Casino in Des Plaines  was where the first legalized sports bet was placed. Within the first week of going live with sports wagering, leagues like the NBA and NHL started shutting down due to Coronavirus.

Illinois experienced huge loss from March through May of 2020 when casinos were closed down due to the world-wide pandemic. The tax revenue generated by legalized gaming was down by more than a third from the year before.

Casinos in the state have reopened with reduced capacity. Gaming officials in the state say it’s too early to tell if losses from the shutdowns can be turned around.

The governor assembled a specific team to look into monies received from gambling during the pandemic. The bipartisan team is known as the Commission on Government Forecasting and Accountability (CGFA).

The analyst who provided the final findings of the group is Eric Noggle. Gaming was forced to be put on hold during Governor J.B. Pritzker’s stay at home orders from March until May, and had long lasting impacts on gaming and other businesses in the state. It’s unclear if any of the lost revenue can be generated.

No Guarantees With Lost Revenues

Despite the devastating shutdowns, state lawmakers are very optimistic about the future. Since leagues like the NBA, NHL, and PGA started returning this Spring, sports betting has been very profitable for Illinois.

The state has 10 casinos, the most profitable one being the Rivers Casino. Rivers still experienced enormous losses of about $119 million, but there’s not a lot a business can due while being forced to shutdown.

Even with casinos at minimum capacity, sports betting has thrived in Illinois due to mobile applications and Pritzker’s orders to allow on-line registration for these apps.

The start of the college and pro football season is only going to assist in helping the state crawl out of their devastating hole with a big assist from sports betting revenue.