Sports Betting And Media Companies: Match Made In Heaven or Destined To Fail? 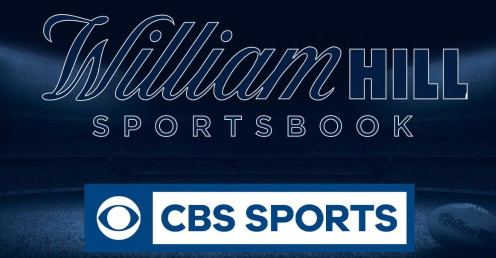 Recent announcements of partnerships and mergers of media companies and sports betting firms has left many wondering if the industry is ready for this kind of crossover to be a success.

In the last few weeks, there have been a couple of major announcements in the sports betting world, marrying media brands with gaming operators. This type of partnership has swelled in the 18 months since the repeal of PASPA, as everyone tries to sake their claim to the purported fortunes that will come from regulated sports betting. Given the size and scope of some of these deals, it is becoming increasingly difficult to determine if this rush to reach partnership agreements is actually going to result in profitability for either side. Let’s have a look at a few of the deals that have been struck in a little more detail.

The most recent of the deals to be announced, William Hill beat out all of its competitors to secure this coveted partnership with the huge media mogul. CBS Sports has built a digital empire, boasting over 80 million unique monthly visitors to its digital platforms. This is no doubt a goldmine for potential online gamblers, but of course, William Hill can only monetize them in states where they have a gaming license. As part of the deal, there will be a guaranteed annual advertising spend by William Hill at CBS, which is no doubt making the bean counters over at the network very happy.

Prime Part Of the Deal: The access to CBS Sports owned programming such as March Madness and the Masters.

This is the deal that was recently announced that rocked the sports betting world. Penn National’s investment in Barstool Sports created a valuation of $450 million for the company founded by Dave Portnoy in his basement 15 years ago. The business world was shocked at this valuation, questioning whether Penn could actually make the investment profitable.

Don’t sleep on this deal: Barstool has come a long way from just being the 2010s Girls Gone Wild to a full-fledged media empire, and with the gambling background of Portnoy and his gang, the focus of the company has been on betting since the repeal of PASPA. The Barstool name is known around the United States and globally, and the brand continues to capture the ever-desireable under 35 demographic that other more traditional networks have been coveting for years.

Prime Part of This Deal: Using the power of the Barstool brand to drive younger traffic to the Penn National Properties across the United States.

The Barstool deal wasn’t the first deal that Penn had done with a media company. In the fall of 2019, the gaming company did a deal with multiple partners for sportsbook distribution. Included in that deal was Toronto-based The Score, which has expanded its empire out of media and into sportsbook operations. The Score’s sports app boasts millions of users, and while they no longer have a television network in Canada, the fantasy-driven sports enthusiast loves the way the Score’s mobile platform caters to their needs. This is a win for both companies here, as it gives Penn access to the great usability of the Score’s App while the Score gets instant credibility in 11 states.

Prime Part of this Deal: The Score gets a license in 11 states where Penn operates, giving them far more reach in a short period of time, which will also drive business and users to their sports app.

Finally, let’s have a loot at this deal, which, when it was announced in the spring of 2019, expected to be a massive win for both sides. The Stars Group has seen its fair share of ups and down in the U.S. online gambling space, and Fox is one of the more aggressive media companies. However, almost as quickly as it was announced, a deal was struck to sell Stars to Paddy Power Betfair, which had also purchased Fanduel earlier. Given the runaway success of the Fanduel brand in states like New Jersey, it is difficult to understand how the company will focus on monetizing the FoxBet brand. IT is feared that this will get lost in the shuffle as the gaming conglomerate moves its way across the U.S.

Prime Part of this deal: If online poker becomes legal again across the U.S., Poker Stars will have instant media access for its brand and games.

It is still early days for many of these deals, and we really won’t be able to evaluate the scope and success of these deals for years to come. This is the goldrush of the regulated sports betting industry, and given what we have seen so far, we are in for a long, interesting ride. Where media companies fit into the whole equation is coming.