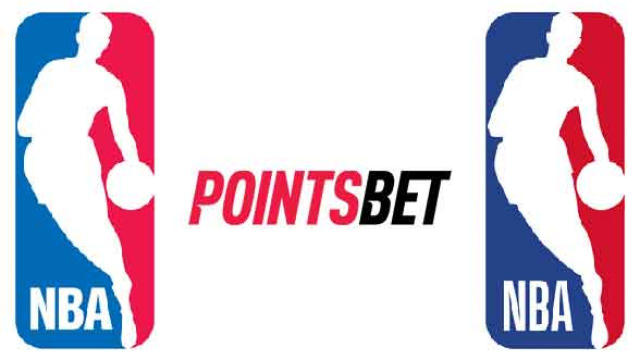 The sportsbook operator continues to pick up steam in the regulated sports betting market in the United States with a comprehensive deal with the NBA.

PointsBet, the Australia-based sportsbook that has been making waves across the regulated United States sports betting market, made another move to strengthen its position in the market by announcing a multi-year deal with the NBA. This makes PointsBet the 11th sports betting partner for the league, which may seem like overkill, but each has their own stake in the relationship.

As part of the agreement, PointsBet will gain access to official data from the League, as well as use of the official NBA logo on all of its sites. Where the deal gets interesting is in the league adopting PointsBet’s Win Probability Metric across many of its digital and social media channels. The Win Probability Metric will show viewers the real-time chances of teams to win a game on the screen. This is the same technology that PointsBet employs on its sportsbook sites, but this is the first time the NBA will dedicate space on its platforms to live betting statistical analysis.

“As a tech company at heart, the PointsBet team is excited to work with a league as savvy and forward-thinking as the NBA,” said Johnny Aitken, CEO of PointsBet USA in the press release about the deal. “We’re certainly aligned in looking to present fans with the best experience possible, and we look forward to enhancing the sports betting aspect via the Win Probability Metric Powered by PointsBet.”

The NBA was also very pleased with itself with the deal it has made. “PointsBet has a unique offering in the marketplace and we are excited to find new ways to engage with fans together,” said Scott Kaufman-Ross, Senior Vice President, Head of Fantasy & Gaming for the League.

The sportsbook operator has done an excellent job of building brand awareness in a sports betting landscape that has become incredibly crowded and competitive in the time since the repeal of PASPA in 2018. While it doesn’t have the reach of companies like William Hill, Fanduel, or Draft Kings, Points Bet has taken a different approach to drumming up business. It invested in the Hawthorne Racetrack in its 25-year sportsbook deal earlier in 2019, setting itself up to be a major player in the Illinois market. It has done an excellent job endearing itself to players as well with many of its Bad Beat refund promotions, where it has refunded losing bets based on horrible beats or other outside influences such as the Houston Astros cheating scandal uncovered recently.

The company is publicly traded in Australia, and last year raised tens of millions of dollars earmarked for their U.S. expansion. Now, while there is no way they can continue to be as aggressive with capital as they were in the Hawthorne deal, there is still a great opportunity for the company to benefit from the number of times it has been discussed in the press since its launch in January 2019.

It is too early to tell how successful the deal will be for either side, but the fact that the NBA is going to embed some of Points Bet’s technology on their site is a huge win for the sports betting company, and is no doubt going to be a springboard to more partnerships across the United States in 2020 and beyond.