PointsBet Has Launched in Illinois 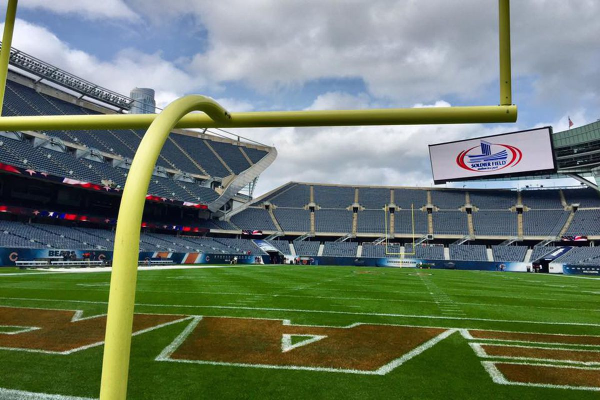 Australian-based PointsBet Sportsbook has launched its mobile sports betting application in the state of Illinois. The launch was unveiled at 10 a.m. on Saturday, just over 24 hours before a full slate of Week 1 NFL games.

PointsBet has been targeting Illinois for several months, but they were finally able to get official licensing approval to launch. The sports betting operator has partnered with Hawthorne Race Course in Illinois, giving them access to the state.

In addition to offering mobile sports betting, PointsBet will also be launching retail sports betting at all four of Hawthorne’s properties in the state. These two companies reached an agreement last summer, but it has taken the state of Illinois a long time to issue sports betting licenses.

PointsBet continues to grow as a company since launching its first sportsbook in the United States in New Jersey. Along with Illinois and New Jersey, PointsBet Sportsbook is available in both Indiana and Iowa as well.

Illinois has been a target for several big-name operators due to the city of Chicago and the rich tradition of some of the professional sports teams in the state. PointsBet was expected to launch in Colorado this month, but the company instead shifted its focus to the Land of Lincoln.

One of the reasons that PointsBet quickly launched in Illinois is that Governor JB Pritzker removed the in-person registration requirement. This was a requirement when the initial sports betting legislation was passed, but Pritzker has removed the requirement twice during the COVID-19 pandemic.

There are several popular professional sports teams in Illinois, including the Chicago Bears. PointsBet and the other sports betting apps in the state are all expected to focus on Chicago Bears wagering to promote their business.

PointsBet wasted little time featuring bonuses and promotions centered around the Chicago Bears, and they have also enlisted a former Bears star as a spokesperson for the company. Devin Hester, one of the best kick returners in NFL history, is promoting PointsBet on both television and radio ads.

PointsBet launched at just the right time to take advantage of the Chicago Bears and the kickoff of the 2020 NFL season.

Illinois launched sports betting in early March, but the coronavirus pandemic slowed the industry. Illinois did not have mobile sports betting apps at that time, and there was nowhere to bet when the casinos shut down.

DraftKings was the next mobile sports betting app to launch in Illinois, and FanDuel quickly followed suit. Both of those companies waited until online registration was allowed before launching as well.

Tonight, two pitchers whose records could use a little polishing match up as the St. Louis Cardinals welcome the Miami Marlins to Busch Stadium to open a three-game series. Cardinals hurler Adam Wainwright has not picked up a win since May 20, while Pablo Lopez’s win in his most recent start last week was his END_OF_DOCUMENT_TOKEN_TO_BE_REPLACED